In the last week, Zaira Nara surprised her more than 5 million followers with the videos and photos she shared of your vacation in Masai Mara, a reserve located in the south-west of Kenyafamous for being the natural habitat of wild animals like lions, giraffes and hippos.After his intense stay in Ibiza and Paris with his sister Wanda, the television host traveled with his partner Jakob Von Plessen, and their children Malaika and Viggo to enjoy the good climate of the African continent and to embark on an extravagant safari to appreciate different species of wild animals. Stories shared by Zaira Nara during her stay in AfricaZaira Nara enjoyed an exotic vacation with her partner Jakob Von Plessen and their two children. Photo / Instagram: zaira.naraIn one of her last appearances on the social network, Zaira Nara dedicated a romantic and eloquent post to your partnerwith whom she has just lived, according to her own account, an intense marital crisis.“It seems to me that there are family issues that it is good that they remain in the family and not go out and air everything just because one works in the media”, he had stated briefly in the midst of strong rumors of divorce. “I try to take care of my life in the way that I can but above all to protect the boys, who are very small”, he closed at that time, in dialogue with Alejandro Guatti, mobile player of Intruders in the Show, by América TV. weeks after that, Zaira shared his first photo with Jakob Von Plessen on his networks after a long time, clearing up the rupture versions that, in light of the facts, seem to have been definitively left behind.“Thank you Jakob Von Plessen for sharing with us your place in the world, now it is ours too”, The television host now wrote next to a carousel of family postcards in the convertible vehicle with which they toured the African safari. It should be remembered that her husband has been working in that area for years, organizing excursions and tourist safaris. During her expedition in Kenya, the family toured different corners of the Masai Mara and met different herds of elephants, horses, hyenas, giraffes, lions and even some lizards. Zaira Nara enjoyed an exotic vacation with her partner Jakob Von Plessen and their two children. Photo / Instagram: zaira.naraBefore her trip to Kenya, Zaira Nara visited her sister and an unexpected moment was recorded through social networks. It is common for the model Wanda Nara share through your Instagram account your day to day and, once party night on the paradise island of Ibiza (Spain), was not going to be left out. But while she recorded the dances, the situation got out of control and everything was filmed.The sisters traveled to the Spanish island with their daughters and the stylist Kenny Palacios. Sunday night attended the Ozuna concert, at the open-air nightclub Ushuaia, and sang all the singer’s songs. But, while enjoying the party, a young man, identified as Eddie Rodriguez and that it is unknown if he was part of the group or if he joined during the night, He approached the model and kissed her on the chest..“Delete it, delete it!” Zaira warned him. about the video that had managed to capture the exact moment that Eddie placed his mouth on the cleavage of the wife of Mauro Icardi. In the material, it is also seen that the young man insists that Wanda drink her drink, but she resists and continues dancing, while her sister tells her: “No, don’t drink.” After the episode, the model continued to share film material from the recital, where she could be seen dancing with her sister and her friends.

See also  The Supergirl season 6 episode 19 : What to expect, when will it premiere and more! 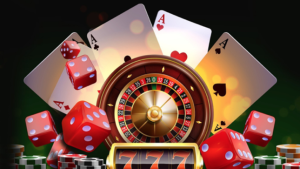 Next post The AFIP promoted Daniel Reposo, the candidate who had falsified his resume to access the Attorney
Omi