‘WWE 2K22’: Everything you need to know before the opening of the wrestling show 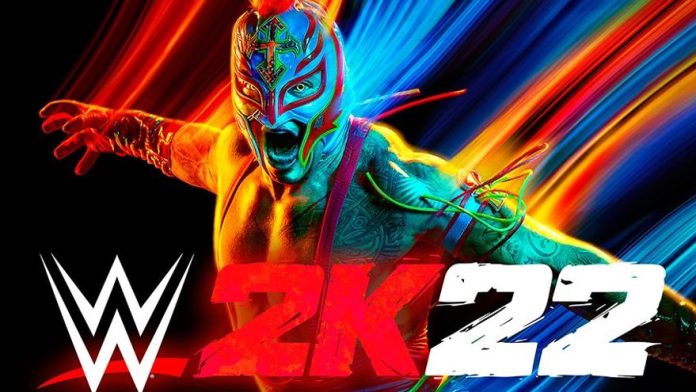 The release date of ‘WWE 2K22‘ and with the long-awaited debut, the virtual wrestlers of WWE will return to their brawls, keys and rings based on a renewed installment intended to give a great boost to the sports franchise. If we look at the game’s launch plans, planned for March 11, 2022, it makes sense that, to warm up muscles, those responsible have offered a detailed look at the game modes and editions.

Two aspects stand out: 2K Showcase and My Legend, which includes outstanding clips from the 20-year career of cover athlete Rey Mysterio, as well as a look at unique stories for the men’s and women’s divisions available in My Legend. In 2K Showcase we will face legendary opponents like Eddie Guerrero, The Undertaker and Shawn Michaels, as well as current Superstars like The Miz and Dolph Ziggler. For the promising date, in MiLEYENDA, each player, as a career, will chart their own path to superstardomas he invites us to experience the journey of a WWE Superstar, from the humble beginnings of a rookie to the challenge of being immortalized as a WWE Legend. To sustain it, it has unique stories of male and female divisions, where it is not uncommon to find a number of Superstars and Legends.

Creator Suite Mode It also expands your possibilities for customizing the WWE experience down to the finest detail, from taking control of brands, live events, match results, rivalries and more, to creating custom Superstars, arenas and championships. . All of these creations can be shared with other players, this time with cross-platform sharing included. Additionally, new modes will be introduced to WWE 2K: MiGM and MiFACTION. In MiGM, players step into the role of a WWE General Manager and make decisions to build the greatest brand in the WWE Universe. With MyFACTION, the first in the franchise, you can collect and manage your dream faction with weekly events and regular updates.

Choose your own edition

‘WWE 2K22’ will have four editions of the game for its premiere on March 11, 2022: Standard Edition, Cross-Gen Digital Pack, Deluxe Edition and, to celebrate the 25th anniversary of the New World Order faction, the nWo 4-Life Digital Edition. The Standard Edition will be available for old generation platforms (PlayStation 4, Xbox One and PC consoles) and for new generation consoles (PlayStation 5 and Xbox Series X|S) both in physical and digital format; The Cross-Gen Digital Pack will be available digitally only and includes the Starrcade ’96 digital Standard Edition and Rey Mysterio Pack on both old and new generation PlayStation and Xbox consoles. The Deluxe Edition, meanwhile, will be available for PlayStation 4, PlayStation 5, Xbox One, Xbox Series X | S in physical and digital format, and for PC in digital format. Includes the Standard Edition plus the Undertaker Immortal Pack; a season pass for all five post-launch DLC content packs; the MyLEGEND Mega-Boost and SuperCharger packs; limited edition WWE SuperCard content (for physical copies only). This edition will be available on March 8, 2022, three days earlier. Those who purchase the PlayStation 5 or Xbox Series X|S edition will also receive the Starrcade ’96 Rey Mysterio Pack. The nWo 4-Life Digital Edition closes the package, which will arrive for PlayStation 4, PlayStation 5, Xbox One, Xbox Series X|S and PC only in digital format. In addition to the Standard Edition and all of the bonus content included in the Deluxe Edition, the nWo 4-Life Edition comes with MyFACTION EVO cards and alternate nWo outfits for Hollywood Hogan, Scott Hall, Kevin Nash, and Syxx, plus a playable character. by Eric Bischoff, the WCW Souled Out 1997 and WCW Bash at the Beach 1996 arenas, and the nWo Wolfpack Championship. It will also be available on March 8, 2022. Lastly, those who pre-order the Standard Edition and Cross-Gen Digital Pack will also receive the Immortal Undertaker Pack, plus MyFACTION perks and bonuses, including an Undertaker logo card, a card with the wallpaper and a card with Undertaker’s name.

Share
Facebook
Twitter
Pinterest
WhatsApp
Previous articleMestalla presses for the future of Bryan Gil and Hugo Duro
Next article‘The PM fucked up my life’, says soldier targeted by homophobia after gay kiss in DF
sonu
sonu is a content writer who had worked on various niches. And served many clients. He is a management student also interested in research and marketing. His hobby is writing, reading and sketching. He is also a good orator.
RELATED ARTICLES
Lifestyle