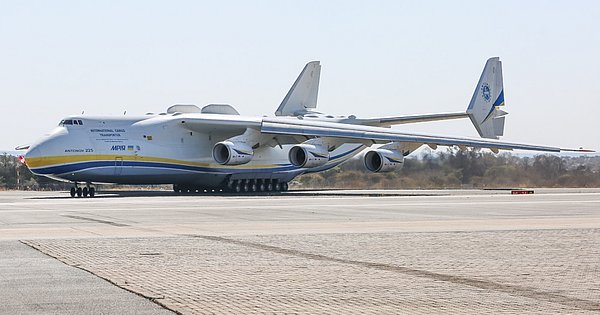 The legendary Antonov-225 Mriya, the largest aircraft ever produced in the world, was destroyed during a Russian attack on Hostomel Airport near Kiev. The information was released on Sunday (27) by the Ukrainian state arms manufacturer Ukroboronprom. The plane is the only model in the world. It was produced at the time of the Soviet Union and currently operates under the Ukrainian flag as the manufacturer Antonov was based in what is now Ukraine. “The Russian occupiers destroyed the flagship of Ukrainian aviation — the legendary An-225 Mriya. It happened at Antonov airfield in Hostomel, near Kiev,” Ukroboronprom said on his Facebook page. He said restoring the plane would cost more than $3 billion and would take a long time. The information was confirmed by the Minister of Foreign Affairs of Ukraine, Dmytro Kuleba, on social media. “This was the largest aircraft in the world, AN-225 ‘Mriya’ (‘Dream’ in Ukrainian). Russia may have destroyed our ‘Mriya’. But they can never destroy our dream of a strong, free and democratic European state. We will prevail!”