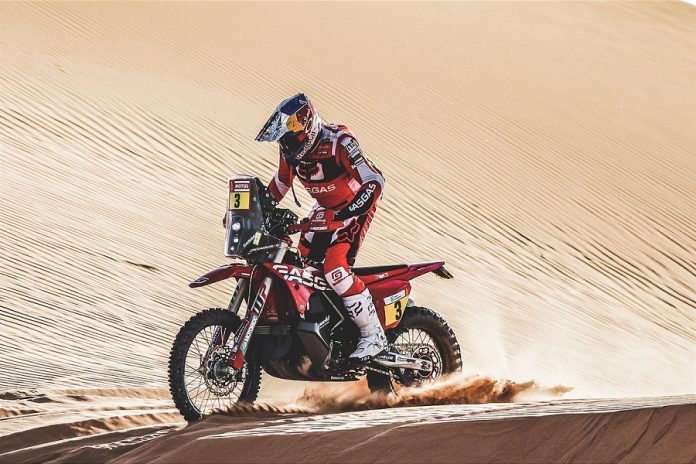 Briton Sam Sunderland won the Dakar for the second time and won the first title of the race for GasGas, which becomes the sixth brand to win the rally together with KTM (18 victories), Yamaha (9), Honda (7), BMW (6) and Cagiva (2).

Champion in 2017 with KTM, the British rider did well in fierce disputes and took the Spanish brand GasGas, now owned by KTM, to the top of the podium in the most challenging rally in the world in which the difficulties on the course were the keynote.

See too:
Meet some of the most expensive motorcycles that sell a lot in Brazil
Honda CB750 gets awesome customization and name RC42
See the 20 best-selling motorcycles in 2021

It seems that KTM's investment in the brand has had an effect and put an end to a sequence by Honda, which took the motorcycle title in 2020 and 2021. Before the achievements of the Asa brand, KTM itself dominated the rally, which accounted for 18 trophies in sequence.

Who took the podium

Sunderland, the winner, finished the race in 38 hours, 47 minutes and 30 seconds, just 3m27s ahead of second-placed Chilean Pablo Quintanilla, a Honda rider who won the last stage of the Dakar 2022 and took the podium for the third time. He was third in 2016 and runner-up in 2020.

Austrian Matthias Walkner completes the podium in third place, a KTM rider who won the 2018 edition and has two second places (2017 and 2019), with a difference of 6m47s from the leader.

From MotoGP to Dakar

Danilo Petrucci, ex-MotoGP rider, barely got out of motorcycle racing and has already entered the biggest and most difficult rally in the world. Although with his feet on the ground in terms of results, he achieved an unprecedented feat, winning a stage of the Dakar Rally.

Generally, riders who come out of off-road events tend to do well on asphalt, on the contrary it is more difficult, but Petrucci showed that the rules do not always have to be the same.

Brazilian Quad in the Dakar

Marcelo Medeiros, from Maranhão, riding a Yamaha Raptor 700, came in sixth place in the Quads category, completing the race in 72h05m56s. Medeiros managed to win three stages of the competition.

Share
Facebook
Twitter
Pinterest
WhatsApp
Previous articleMercedes-Benz wants to make electric cars without parts from other companies
Next articleCT News — iOS 14 without security updates, Nokia G21 and more!
Admin
Hi, I am Seo expert, an MCU geek, a Star Wars fan, With more than 5 years of experience in the field of entertainment journalism and 28 years of experience in being a movie and TV show geek, I contribute to cuopm.com as its Cheif-Editor. My work here is to provide you with the craftily selected pieces of news from the Entertainment industry so that Pamdemocrat can be your ideal spot for all the latest Hollywood buzz and gossips. Ping me on my email ID below and let's discuss the latest theories and your favorite moments from my favorite TV shows and movies.
RELATED ARTICLES
Sports