Within the little movement that the real estate market shows, it could be said that there is a winning typology, the one that concentrated the greatest purchase demand in the midst of a scenario marked by oversupply and the fall in the value of the square meter. It’s about the three-room apartments, that according to a private report they were the best sellers during the first three months of the year.The data comes from the Survey of Real Estate Operations (ROI), carried out jointly by Fabián Achával Properties, Maure Inmobiliaria, Bresson, Soldati, Interwin, Covello, Izrastzoff, Braulio, Altgelt and Evoluer. Between January and March 2022, the sales of the three-room apartments represented 31% of the total, followed by units with two (30%) and four rooms (19%). Meanwhile, the sale of studio apartments reached 14%. Mariluz Suinbourn, team leader of Bresson Realty Buenos Aires, who participated in the preparation of the report, explains that the three-room apartment is the ideal type of property for those who plan to leave a home, but also for those who are beginning to “consider expanding the family”. “The public that demands is varied, both older people who leave a large property because they have children who left, young people who move from a two-room or couples who work and after the pandemic and with the home office installed they want another room to use as a study or office”, ensures. According to information from ZonaProp, the northern area of ​​Greater Buenos Aires (GBA) is the one with the largest number of three-room apartments for sale. 25.7% of the total of this typology is in Tigre, where the value per square meter is located at US$2,268. The rest of the offer is concentrated in Vicente López (23.9%), San Isidro (15.8%), Pilar (12.9%) and General San Martín (8.3%), while the neighborhoods with fewer units of these dimensions are Exaltación de la Cruz, Campana, Zárate, José C Paz and Malvinas Argentinas.In the Federal Capital, the neighborhood with the most three-room units for sale is Palermo, with 13.8% of the total. They are followed by Belgrano (9.9%), Caballito (8.7%), Recoleta (5.2%) and Villa Urquiza (5%). Meanwhile, the areas with the least supply in the City are Villa Soldati, Pompeya, Agronomy, Vélez Sarsfield, Abasto and Parque Avellaneda. In a context of oversupply of units for sale, both Suinbourn and Fabián Achával, CEO of the homonymous real estate company, agree that The most important thing is that the property offered is at “a real value” and appropriate to the scenario that the market is going through. “The best advice for a homeowner is to market to realtors that use closing prices to appraise the unit. That will make the difference between selling it or not”, he maintains. According to the ROI, the percentage of negotiation or haggling fell to 7.5% in the first quarter of 2022. Thus, it practically returned to the values ​​of 2019, although it is still far from the historical average of 5%. Regarding the initial publication price, the fall in closing prices is much greater and reaches 13.4% in the first months of the year.in numbers, During the first quarter, prices fell by 6.4% compared to the average of the 12 months of 2021. However, according to the report, if the first quarter of 2022 is compared to the fourth quarter of 2021, a recovery of 1.9% is observed. For the specialists, who make the report based on information on purchase and sale operations carried out from 2019 to today, there are signs of a certain recovery in prices. In that sense, The coming months are going to be key to confirm whether the closing prices have indeed reached a floor. 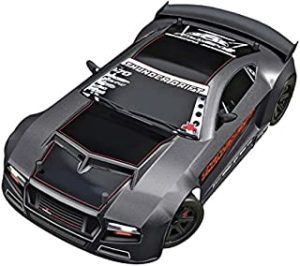