watchOS 8.5 is preventing some users from using fast charging on Apple Watch Series 7 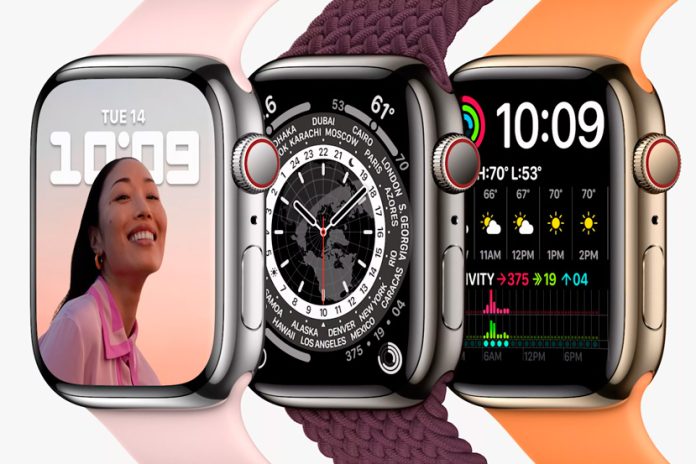 As we can read in The Verge, it seems that watchOS 8.5 has brought certain improvementsbut it has also taken a very important feature of the Apple Watch Series 7and this would be the one to be able to load quickly, an important feature in this watch considering that it was not launched with a greater autonomy.
This means that the mechanism with which Apple compensates the autonomy of the watch is not workingcausing problems for some users. According to Apple, the fast charging of the Apple Watch Series 7 should allow the battery to charge from 0 to 80 percent in as little as 45 minutes, but according to the experiences of the users, in a period of between 15 and 20 minutes, they could only charge 5 percent of the battery, while other users they needed up to an hour to reach that 5 percent charge.
Initially it was believed that this problem only affected users who tried to charge the watch with a Belkin 3-in-1 BoostCharge Probut finally it seems that Apple’s own fast charging charger is also suffering from these problems.so the charger seems to be irrelevant to this problem which is apparently caused by in the update to watchOS 8.5.

See also  Twitch will ban streamers who often share hoaxes
Share
Facebook
Twitter
Pinterest
WhatsApp
Previous articleMP-BA carries out search and seizure to investigate suspected crimes in the Madre de Deus Chamber
Next articleInternational Day of Domestic Workers: why it is celebrated today and what are the current claims
Jai
RELATED ARTICLES
Technology