With Sun, Ascendant and Moon in Cancer, Vítor diCastro is the perfect example of the Cancerian stereotype. Which he not only likes, but believes is the best way for people to get to know him. “[A pessoa] enough knowing how affectionate, affectionate, dramatic I am, and some flaws that no one cares about”, he explains. Responsible for the fun videos of Deboche Astral, he debuts this Wednesday (14/9) in the universe of podcasts with A Culpa É Do Signo, which he runs with influencer Rafa Brunelli. video, he will receive guests for interviews full of opinions. In each episode, Vítor talks to a person of a different sign and explores subjects that are part of the stereotype of each part of the zodiac. Among the names that will appear on the podcast are Silvério Pereira, who represents the Geminis, and Tati Machado, with all the extroversion of Leos. “We will talk to this guest about topics that come from his sign. For example: we’ll call an Aquarius woman and we’ll talk to her about politics, prejudice, freedom. Now we go to a Deboche Astral 2.0, where the public already understands about astrology and we can talk about the subjects starting from astrology, not it as an end, it as a means. I don’t want to know about people’s lives, I want to know their opinion”, explains the astrologer. vítor dicastro astrologer astral debauchery it’s the sign’s fault (2)The Sign’s Fault premieres this Wednesday (9/14)Foto: Disclosure 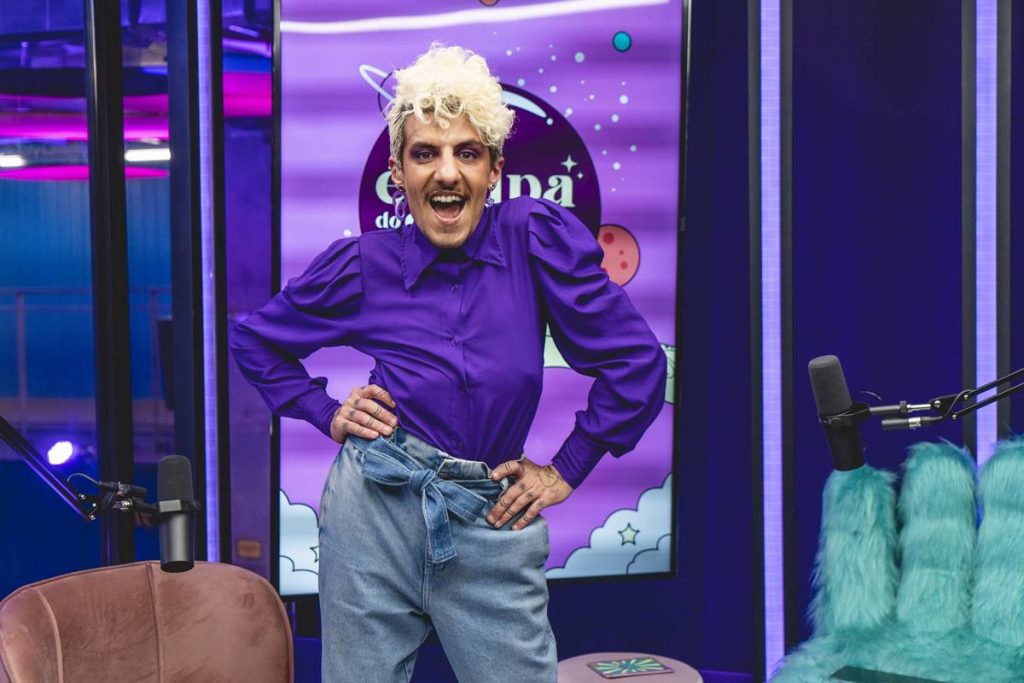 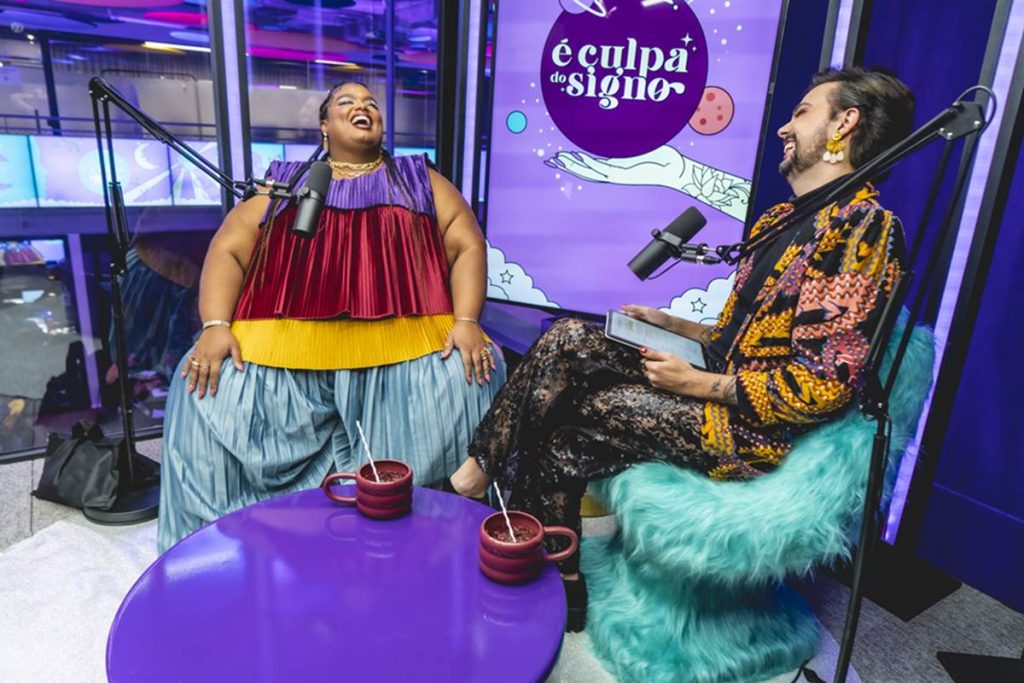 bielo pereira vitor dicastro it’s the sign’s faultBielo Pereira is the first guest on the program and speaks on behalf of the SagittariansFoto: Disclosure vítor dicastro and rafa brunelli the zodiac sign is to blame 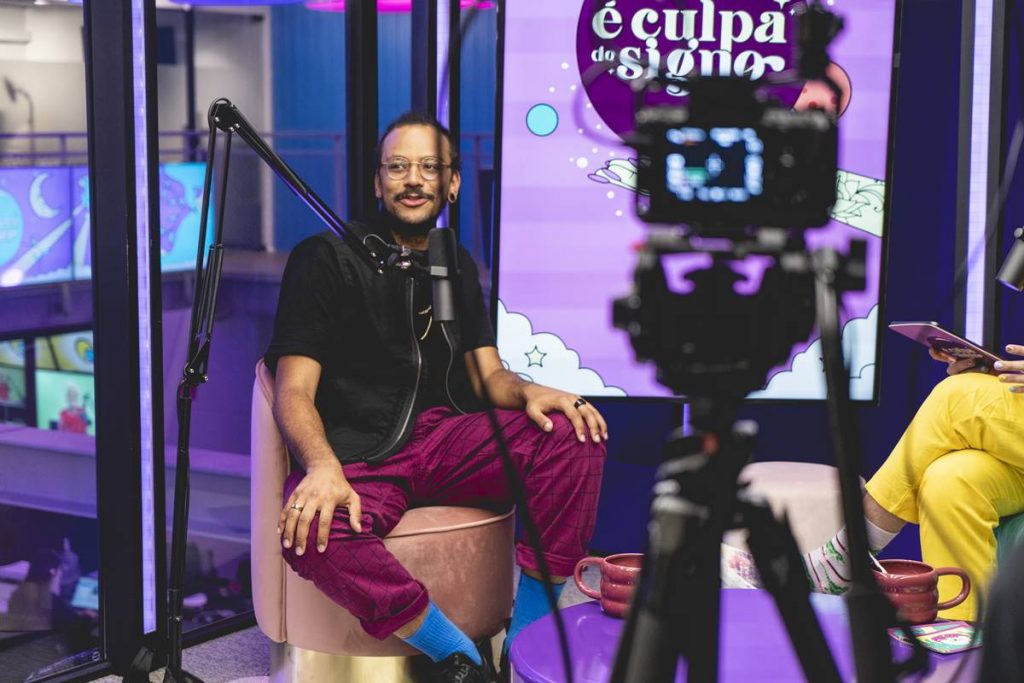 João Luiz Pedrosa BBB and vítor dicastro it’s the sign’s faultJoão, who was at BBB21, is the guest of the sign of LibraFoto: Disclosure 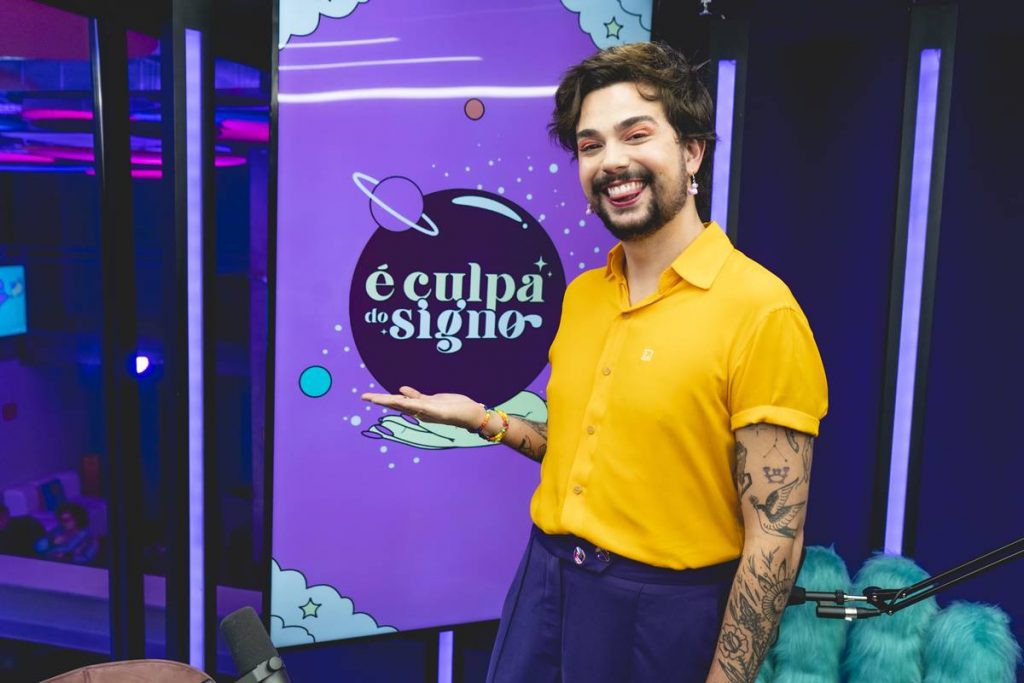 vítor dicastro astrologer astral debauchery it’s the sign’s fault (3)The novelty debuts in video and audio format Photo: Disclosure0New directionsBut this is not the only novelty of the paulista de Caçapava. He also returned to social media with Deboche Astral after a hiatus of just over six months. “Stopping is always good when you don’t know where to go. We who are adults, we know that in life sometimes we have to wait. It’s no use wanting to run over a process, since you have to wait for it to happen naturally”, analyzes Vítor, who wanted to renew the way the profile content was worked. of the signs. The page works as a gateway for those who like astrology and want to know more, but also have a good laugh with stereotypes and flaws of each representative of the zodiac. “I’m on the internet putting my most Cancerian side into action. Because I really like to affect people, which is a very Cancerian business, so the internet, communication are great ways to affect each other, and that’s what I exist for.” Astrological kisses Vítor also said that astrology found him when he did it. a simple map and discovered the number of planets he had in the sign of Cancer. From then on, he studied and made it a way to earn money and be recognized on the internet. “It is something that guides my life. I can forget someone’s name, but the sign I never forget. So I know the sign of famous people, of everyone. I am the Charles Wikipedia of astrology”, he laughs. And it was at this rate that the astrologer realized that he had not been with people of all zodiac signs, but he found an easy way to solve this “problem”. “When I became very interested, I made a list of all the people I had ever spent a night with, with whom I had already lived a ziriguidum, a borogodó. I thought ‘um, did I date people of all zodiac signs?’ and I made this list, like a 12-year-old girl,” he began. “And I found out that I had never dated a Leo, a Libra and a Gemini. I said ‘people it’s not possible’. And then I thought: ‘you know what, I’m going to complete this sticker album’. I looked for a Libra, a Leo and a Gemini in the space of a month and I kept all three so I could close this astrological circle. Today I can confidently say that I’ve been with people of all signs.” Vítor diCastro also revealed that the sign he likes the most is Sagittarius, and the one he usually has the most difficulty with is Gemini. “Guys think I’m going to say aquarium, but no. I love aquarium, it’s my guilty pleasure”, he reveals.Watch the full interview in the video above!Do you want to stay on top of the world of celebrities and receive the news directly on your Telegram? Enter the Metrópoles channel and follow the editorship on Instagram.

See also  Dominic Calvert Lewin's net worth, lifestyle, girlfriends, and all you need to know? 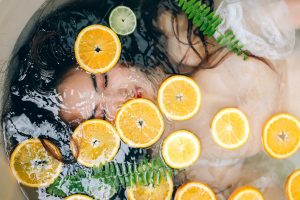 Previous post Salad Code facial serum: your routine to the next level 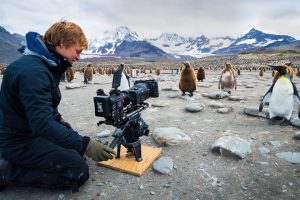 To improve your lifestyle, it is important to go, little by little, taking small steps towards better habits and covering...