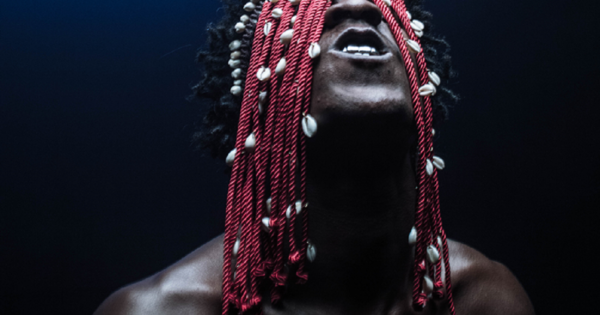 On March 12, starting at 7:30 pm, Casa Preta will host a performance by Vírus Carinhoso presenting his EP “Capella”, released at the end of 2021, along with unreleased songs from his upcoming projects, compositions loaded with his experiences and contemplative verses, with instrumentals from his partner JLZ that brings diasporic sounds together with electronics, a perfect combination to become a pop with a pinch of the experimental. On the day we will also have the special participation of Celo Dut, an artist from Salvador and also from the 999 label – which Virus is a part of, and presents his Ep “Doce”, with tracks from his future debut album. In the disco we will have DJ DMT bringing the groove and the bass that hits right. As of March, Casa Preta will return to face-to-face activities and open its doors so that artists can occupy the space with their events. The house had been closed for almost two years. In addition to its rehearsal rooms, recording studio, ancestral backyard and terrace overlooking the Bay of All Saints, Casa Preta has rehearsal rooms, spaces for theater, dance, music and live performances. . Casa offers carpentry services, creation and creation of sets, rental of sound and lighting equipment, communication consultancy service specialized in the cultural area, actors and actresses, authors, screenwriters, singers, musicians, composers (as), cultural producers and staff.

See also  Everything Know about Call the Midwife Season 11 Release Date Cast and Plot
Share
Facebook
Twitter
Pinterest
WhatsApp
Previous articleDolmen: Cosmic Horror Sci-Fi Game Announces Release Plans
Next articleAn Intel Core i9-12900HX appears on Geekbench with 16 cores and 24 threads
suddz
Sudeshna is an engineering in making but has is keen towards writing blogs, news articles, product reviews and more. You would find her making use of the pen and paper in her free time.
RELATED ARTICLES
Entertainment