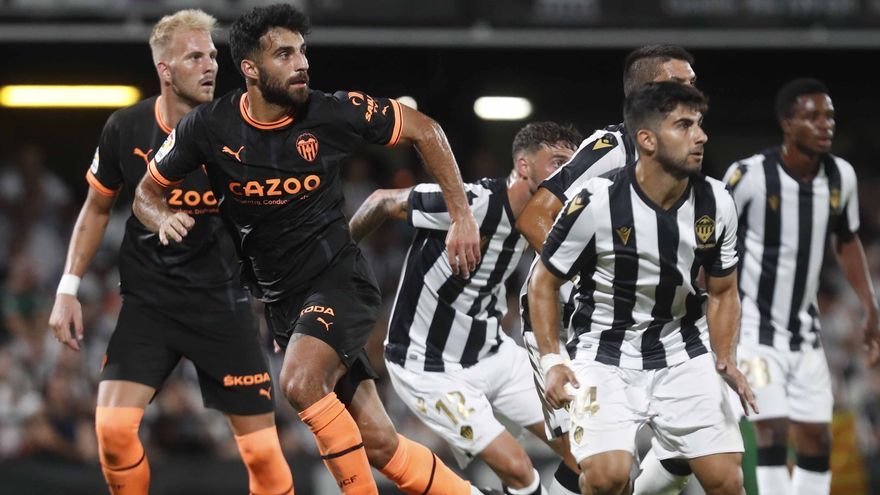 The Valencia CF match in Castalia made it clear that this template doesn’t give to be competitive. What should have been a relatively simple meeting and that served to vindicate the less usual ended up being a reality bath, there are players who do not give the level to wear the black and white and that they were powerless against a team from the First RFEF (third category).

The need for signings is imperative, in all lines. From the defense to the front passing through the extremes. In the first half, in addition to not disturbing the rival goal, the team suffered both with the ball and without it. in the core a mistake by Uros Racic, who has never played as a pivot and who lacks the tactical expertise and aggressiveness to do so, ended up scoring the Castellón goal. Gennaro Gattuso rested his three trusted midfielders and the team fell completely, unable to impose their law and abort the transitions of Castellón, who appeared very easy in the rival third.

The team is crying out for a more reliable wardrobe for the spinal cord and it is that today they have Guillamón as the only ‘6’ and they do not have any organizational-cutting footballer, having only completely covered the role of ‘box to box’ in the figures of Yunus and Carlos Soler. The squad lacks profiles and a more solid rotation that avoids such a large gap between starters and substitutes, especially when Gattuso plans to play with three players in the middle and will have injuries, suspensions… The need to reinforce the defense is not left behind . LCömert’s performance disappointed again for his weakness and for how easy it was to penetrate from his right on a flank in which Foulquier was also very erratic. The rearguard cries out for a signing that raises the level of rotations and offers guarantees, in addition to being able to count on a player capable of going out with the ball under control.

The bands, finally, are also orphans despite the signings of Samu Lino and Castillejo. Proof of this was the first half, in which they played with a youth squad like Fran Pérez and a full-back like Lato. It is another of the positions in which the payroll is short, the starter-substitute gap is large and the need to sign remains intact.