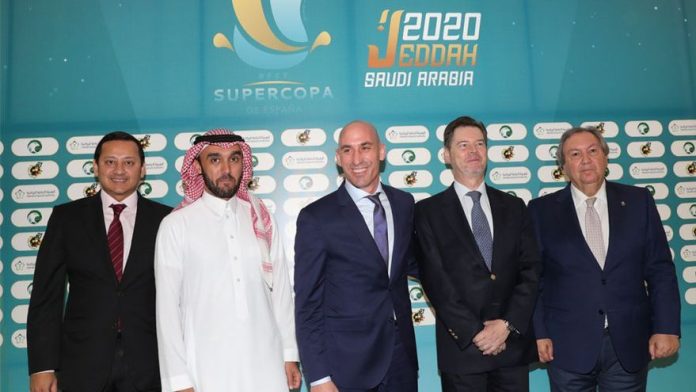 Image of the draw for the 2020 EFE Super Cup The hack denounced by the RFEF nothing new has been uncovered because what and how have been known for a long time. The news, nothing illegal but morally unseemly, is if anything the how, especially by Piqué. Without going into the background of conversations of this kind coming to light and in what is obviously a discredit campaign against Rubiales, paradoxically in a medium that was recently denied by his information about Lim’s auction, the audios reinforce in what affects Valencia CF a feeling of injustice that permeated and also with all reason as a result of the Arabian Super Cup. Already then there was a debate about whether it was appropriate to give up a tournament of infamous memory to which the team arrived exhausted and from which it has not yet raised its head. Two years later, and after two resources lost due to the change of sports model, the economic one is still up in the air and there is no doubt that it requires a solution. That is the bottom of the matter, not making use of the aphorism that a bad settlement is better than a good lawsuit, but exploring all avenues, including the hand that is outstretched and not for the tickets. What matters is defending Valencia, not taking advantage of the situation or resorting to scapegoats, especially when the answer to everything in recent times has been silence. And in the event that everything fails, let a judge decide. With the lawsuit pending, the belligerent position in this matter is the one that touches as long as it is to defend their interests, not to turn Valencia into a battering ram based on wars and interests that are not those that occupy Valencianism, excited about Saturday’s final and stunned because today a great game against Villarrea is going to be wastedl. Work and grace, by the way, of the LaLiga calendar, approved by the clubs themselves… There is much to improve.

Valencia will host the tennis Davis Cup for the next five years, a competition with a more affordable canon than the Copa del América and a more than attractive media and economic impact. Seized opportunity.