Valencia CF: Getting stronger towards the final 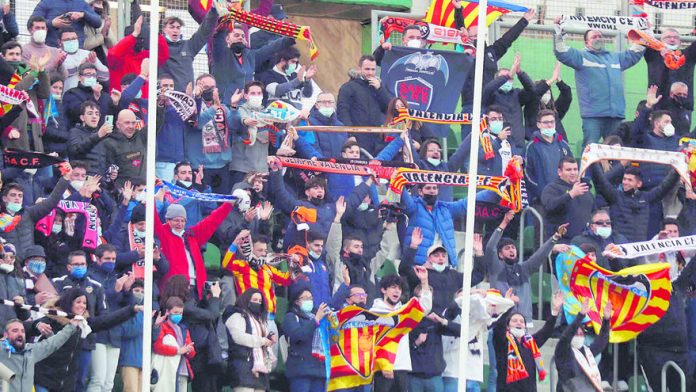 Bordalás’ Valencia is stronger every day that passes and there is no better news than that with a view to the final of the Copa del Rey on April 23 against Real Betis. The team and the fans believe more than ever a month after La Cartuja. Finally there are facts within the field that reinforce that idea. The sensations that the team gives off invite hope for Seville and the final stretch of the season. The positive energy of the Cup final has given feedback to this team in LaLiga. Valencia is once again reliable, they have regained their strength in both areas and that makes them very dangerous for the rest of their rivals. To knock down this new angry and cup version of Valencia, you have to sweat blood. The team is respected again. Now like this. There is no longer fear of anyone. What there is is license to dream. There is an image that reflects better than anything the state of conviction of Valencianism. The 3,000 fans who went to the Martínez Valero cheered the players at the end of the game. The applause was reciprocated by the players. The fan-team communion is total and that is synonymous with pure vitamin for this growing young team that is increasingly convinced of itself. The big step forward is having stopped the bleeding of goals against that penalized the team so much. Valencia has established itself in defense. It has cost him, but Bordalás has achieved it. The data proves him right. Only one goal conceded in the last five games against Mallorca, Athletic, Granada, Getate and Elche. Giorgi Marmadashvili’s streak speaks for itself: 387 minutes without conceding. The best thing is that this Saturday the goal was kept clean without Gabriel Paulista and without the defense of three central defenders. Valencia is preparing for the Cup final in the best way it could: Taking out the LaLiga games and closing the gap with the places in Europe. The objective is difficult, but it is alive. Five points separate him from seventh place (Villarreal) and six from sixth (Real Sociedad). Both teams, yes, with one less game. Gonçalo Guedes is at his best level ever and he can make the difference in the final stretch. There is illusion. It shows in the field. It is felt in Valencianism. And the break will serve to recover Gayà, Paulista, Thierry, Cillessen and Lato. Eye to the Bordaleta.