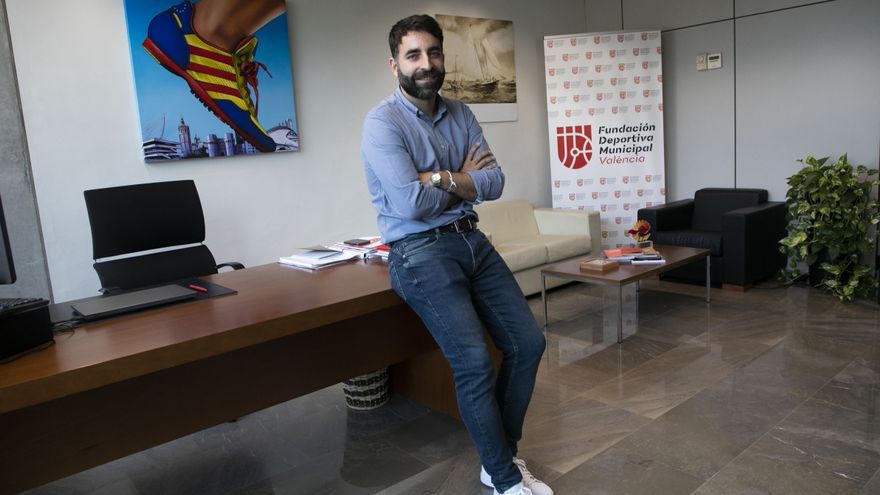 Javier Mateo arrives at the Department of Sports of the Valencia City Council with the challenge and responsibility of continuing the work carried out by his predecessor, Pilar Bernabé, in the last three years. The appointment of the previous Councilor as Government Delegate in the Valencian Community opened the doors of the Municipal Council and the Department of Sports to the until now deputy director of Entrepreneurship of Active Valencia. How are these first weeks at the head of Sports? Have you had time to assimilate your new position? He is being intense, it is an interesting change of register, he had never been exercising politics like this, but more from the management part. But I like changes, getting out of the comfort zone. We have nine months ahead to do many things. What did he think when he was proposed? It was a small shock, it was something very fast, from today to tomorrow. But of course, he excited me from the beginning. It is a challenge to take charge of an area like Sports, which is very nice, very social, and that allows me to get to know many sports, many people.

It is a challenge to take charge of an area like Sports, which is very beautiful, very social; I am amazed at the number of people who are involved in the world of sports in Valencia

Javier Mateo – Councilor for Sports in Valencia From the outside, were you aware of everything that moves sports in Valencia? I am amazed at all the people who are involved in sport in Valencia, at the wide range that we have. I started the first week with the World Padel Tour, then we had crossfit, now the qualifier for the European sub’15 is being held in the Jardín del Turia field, on the beach we have futvoley, there is also lateen sailing this weekend.. Every week there is activity. You are exclusively Councilor for Sports, an area that until now was shared with many others. Without going any further, her predecessor Pilar Bernabé had many more powers. Is Sports finally given the value it deserves? When we met to distribute the different areas that Pilar managed, we were clear that Sports needs a person totally dedicated to it due to the volume of work and hours that it entails. The full dedication will be seen in the end in the results. Pilar Bernabé has set the bar very high in the last three years. Does that imply a greater responsibility for you? Pilar has done a spectacular job and also in a very difficult time, a pandemic, where everything has been very complicated. I have worked with her in the area of ​​economics where we also did a great job. My goal, at a minimum, is to match it. I suppose that these first few weeks her agenda will fume with meetings with clubs, entities, etc. What feedback is she receiving? Yes, these days are being meetings, I’m learning, catching up on everything. I am finding myself in a super-collaborative environment, with a very good predisposition and very good projects for the city. The first ‘hot potato’ with which he has to face is the Nou Mestalla. How is the situation now? What are those basic requirements for the project to resume? The deputy mayor has explained very clearly in recent days what the commitments are about the ATE and based on those commitments, there are some benefits. Nothing more is asked than to comply with what is agreed. I believe that all parties and all citizens are clear about our position. You have to comply with the ATE and have a Stadium as agreed and as the fans deserve and be able to opt for higher levels such as hosting the 2030 World Cup if it is finally held in Spain and Portugal. Why not host a semi-final? We cannot opt ​​for a Final because it requires 80,000 seats, but why not a semi-final or at least a few quarters? Javier Mateo Miguel Angel Montesinos What would it mean for Valencia to host a World Cup? Valencia cannot opt ​​for anything other than the maximum. The World Cup is a train that we cannot miss. We can’t let any opportunity slip by, least of all a World Cup, which is one of the biggest events we can have at a sporting, economic and social level. The economic impact of a World Cup is stratospheric.

See also  'Infiel', 'Cuarto Milenio' and 'Millenium' compete this Saturday for the audience

Javier Mateo – Councilor for Sports of Valencia A few days ago he participated in Madrid in the meeting organized by the RFEF together with representatives of the rest of the Spanish cities. What feelings did you come back with? There are currently 15 candidate stadiums and of those there should be 11. Valencia, I think is a firm candidate. We still have to do our homework, all the documentation to make the candidacy official, but if the World Cup is held in Spain, it is almost certain that Valencia will be one of those venues. Has FIFA set a deadline to have the Nou Mestalla finished? At least the previous year, in 2029, all Stadiums must be at full capacity. If everything was done according to what is in the documents, we could have it much sooner. In addition, there are many other demands: car parks, sub-headquarters, hotel rooms… Can Valencia respond to all of them? Valencia is prepared, we see it very feasible to meet all the requirements. Within a radius of 40 km we have to have another four fields with FIFA measurements for training. We have Levante, Villarreal, the Sports Cities of Buñol and Paterna, Levante that is under construction… And the Benicalap sports center, in what phase is it? It is another of the agreed aspects that must be fulfilled. First, Valencia CF was going to take charge of its construction, now they say that we do the work and they pay for it… The important thing is that it be done. The one that advances with a firm step is the Casal España Arena de València. What does this new pavilion mean for the city? It puts us at a level that we could not access before when it comes to bringing sporting events and also other types of events such as large concerts. For the city it is a necessary infrastructure. Although in this case it depends on the Port Authority. What monitoring is being done from the FDM of the Ciudad Deportiva del Levante? He is progressing on the right track. It is a great opportunity for Levante and for the city. You have to go step by step fulfilling all the procedures. The Group Stage of the Davis Cup that takes place in La Fonteta from September 14 to 18 will be, together with the Valencia Triathlon, his first major international competition as councilor. What do you expect from her? Valencia is going to be the epicenter of world tennis with a great event like the Davis Cup. We are going to have it in Valencia for 5 years and it will serve to position ourselves at a world level, to demonstrate once again that Valencia can host events of the highest level.

“València is going to be the epicenter of world tennis with a great event like the Davis Cup. We are going to have it in Valencia for 5 years and it will serve to position ourselves at a world level”

Javier Mateo – Councilor for Sports of València This year and in 2023 the Group Phase will be held but Valencia is not satisfied… Without a doubt, the dream is to host the Final Phase already in the finished Arena, it would be a magnificent setting. Another great achievement for Valencia, for which Pilar Bernabé fought hard, is to host the Gay Games in 2026. What is the roadmap until that date? Work is being done with all the parties that made it possible for Valencia to be chosen. It is a collective effort, the result of the involvement of many people. It is a great economic and social sporting event that is closely linked to the image of Valencia as a sporting tourist destination. Between now and 2026 we have a long way to go, we must continue adding more sensitivities, more entities to this project and work on its dissemination. It may be the great international event of 2026 not only in Valencia but throughout Spain. Two other major events that put Valencia on the world sports map each year are the Trinidad Alfonso Valencia Half Marathon and Marathon. After a 2021 shortened by the pandemic, this fall both tests return with a bang, breaking participation records. Does more runners also mean more organizational effort? Yes, they are two great challenges with 20,000 runners in the Half Marathon and 30,000 in the Marathon, but we go hand in hand with two entities with great experience, such as the Trinidad Alfonso Foundation and Correcaminos, and that gives me a lot of peace of mind. The Marathon is already an emblem of Valencia, the city is transformed. Half of those registered in the Marathon are foreigners, which means an invaluable impact for Valencia. The economic and promotional impact of the city is impressive. Another sport in which Valencia is a benchmark is triathlon. Are you going to continue betting on him? Yes, Valencia has the best ‘Triathlon Stadium’ which is the Marina, this year we will host the World Cup again but the most spectacular thing is its popular event. Another great event that is coming up is the Rhythmic Gymnastics World Cup in 2023. Why has it been decided to do it at Feria Valencia? Due to the space that a championship of this type requires, Feria Valencia is an ideal setting. The Gymnastics World Cup is another great event that will put Valencia at the top. Apart from the big events. What is your biggest concern in municipal sports? Above all, I am concerned about promoting and promoting grassroots sport, which is where it all begins. And that everyone in Valencia has access to sport, that they have the necessary facilities. Most of our projects are in this line, that boys and girls can practice more and more sports and have a wider range. And how do you work on it? We have some Municipal Sports Schools that include more and more sports and, furthermore, the number of girls and boys has practically equaled. Working in egalitarian sport is one of our maxims. Then we have other programs like Esports als Barris that bring sport closer to each of the neighborhoods. 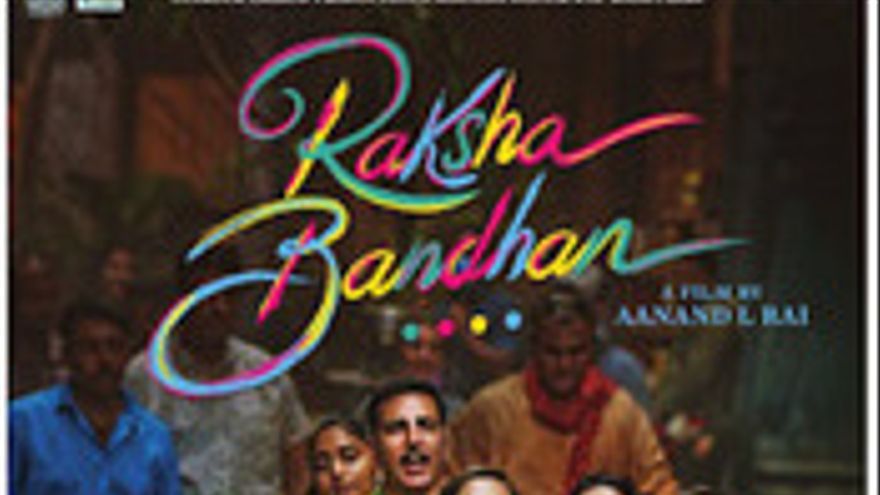 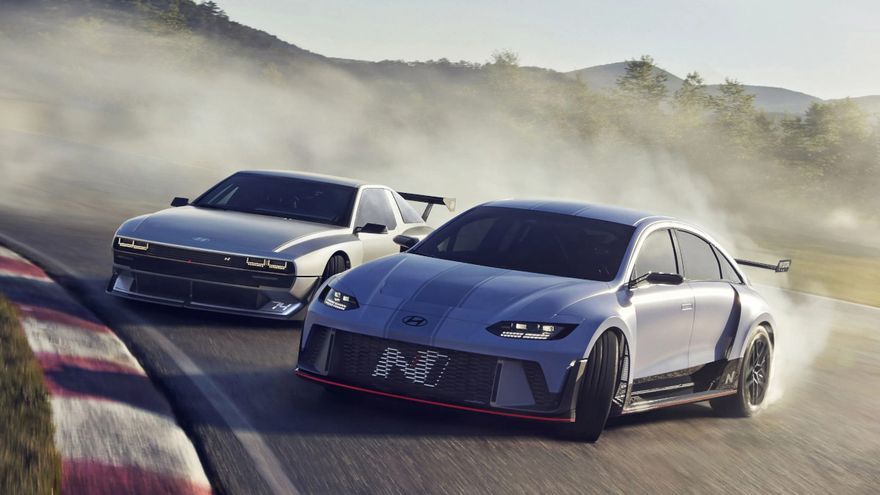