Valencia Basket stands up thanks to Hermannsson and Rivero (90-85) 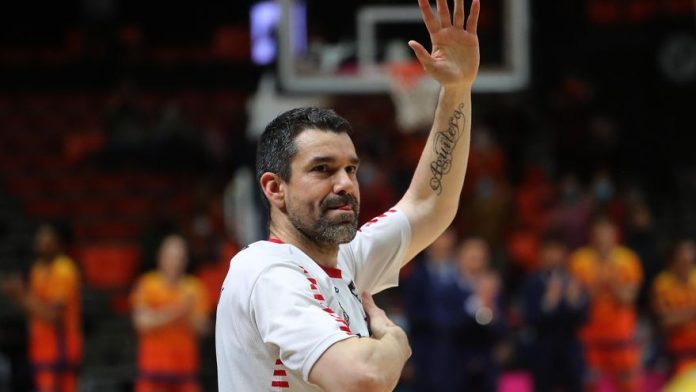 The Valencia Basket got up after the defeat against Joventut de Badalona with a victory at home against another of their direct rivals, Baxi Manresa (90-85). The game, both in the preliminaries and in the end, provided a emotional reunion with former ‘taronja’ player Rafa Martínez, who knows if in what could be his last season as a professional. The 40-year-old shooting guard was greeted with a standing ovation and a standing ovation when his name was announced at the team presentation. After the match, Rafa was once again the object of affection from the fans, as well as from his teammates, who embraced him and also from the leaders, including the owner Juan Roig. From the beginning of the first quarter, Martin Hermannsson led the offensive game of Valencia Basket. After three points, the Valencians took the first lead with three points from the Icelandic point guard (11-6, min. 3). However, Baxi Manresa never allowed Valencia Basket to take off. From the hand of Chima Monek, Pedro Martínez’s men were always at the wheel (13-11, min. 6). The top rebounder in the championship tied the game and, shortly after, put his team ahead (17-18, min. 8). A shell from 6.75 by Hermansson served for Valencia Basket to regain control at the end of the first quarter (22-18, min. 10). Despite the advantage, Valencia Basket knew from their coach that had to cut losses and match the offensive rebound against a very powerful rival in this aspect. The Valencians ended up winning the battle for rebounds, although losses continue to be one of the most important pending issues.

Three minutes into the second half, Valencia reaped its largest income, +9, forcing the dead time of the ‘extaronja’ Pedro Martínez. In this context of losses, power in the zone for the visitors and success from the triple in the locals, widened and narrowed the distance at times. A high percentage from the perimeter earned Joan Peñarroya’s men to go ahead at halftime (50-46, m.20), after Moneke, scorer at the end of the duel with 24 points, again cut the +9 he had led to an external launch of Xabi Lopez-Arostegui. Chima Moneke caused many problems in Valencia BC’s area Francisco Calabuig The clash became even more even at the beginning of the third quarter, while Valencia BC’s shooting percentages dropped. The five failed attempts from beyond the perimeter allowed the visitors to even get ahead. It was what happened after a triple over the buzzer by Dani Pérez (52-53, min. 22). Fortunately, Martin Hermannsson was there to respond quickly with his usual penetrating ability. Five consecutive points from the Icelander returned equality. Both teams were worn out in defense and in a fierce fight for rebounds under the hoops. No one scored until, again, Moneke took advantage of an assist from the electric Sylvain Franciso (59-61, min. 28). Immediately after, the locals reacted with the first basket in the game of Nenad Dimitrijevic, the team’s first triple in the fourth. A partial that vanished between errors on both sides and, again, with the valuable contribution of Hermannsson: two free throws and an assist seconds from the end for Labeyrie’s ‘alley oop’ (66-61, min. 30). Thus, Joan’s men entered the last chapter with a short lead of five that Pedro Martínez’s team would soon adjust to just one with a 0-4 run after baskets by Dani Pérez and Yankuba Sima. Finally, with eight minutes to go, Louis Labeyrie broke the three-shot refusal in the second half after receiving Dubljevic’s assist from the center of the area (69-66, min 32). He was only on second from further attempts from beyond 6.75 from the 20th minute.

Only Hermannsson seemed to have the lights to enter the athletic Baxi Manresa players. However, Luke Maye drew to tighten the scoring again with his only three-pointer in five attempts (71-70, min. 33). The duel entered a moment of exchange of baskets, in those, Jasiel Rivero returned in the area a 2 + 1 action that had been achieved in the previous play by the energetic Chima Moneke. Martin Hermannsson jump shot Francisco Calabuig The Cuban power forward read perfectly what was the way to damage the visiting defense. He made it big in the area with an attacking tap that put the team up five (80-75, min. 36) and a rebound in the fight with Ismael Bako. With three minutes to go, a triple by Josep Puerto and, with two to go, a new tapping by Jasiel and a recovery by Xabi López-Arostegui brought the victory closer (85-78, min 38). Despite everything, Manresa did not give up. A shot of three by Francisco, making up the poor percentage of his team in this facet and a loss by Hermannsson, put everything in danger again. In fact, two consecutive baskets by Juanpi Vaulet narrowed the score again in a matter of seconds. The advantage had been reduced to only two points. It was the time when the Captain Dubljvevic sealed a remarkable game scoring one-on-one with Sima (87-83, min. 39). After the conclusion of the match, Rafa Martínez received the affection of everyone, including Juan Roig Francisco Calabuig For Manresa, after the previous elimination of Luke Mayelose also due to fouls Yankuba Sima It ended up being too much of a drag. The victory would fall shortly after, to the delight of La Fonteta, who will be summoned again on Wednesday to see his team against Umana Reyer Venezia in the EuroCup, and who on Monday night gave a precious welcome to his former captain Rafa Martínez, who was 11 years in the club reaping successes and five titles.

Share
Facebook
Twitter
Pinterest
WhatsApp
Previous articleSenate: the debate for the agreement with the IMF, live
Next articleFour years after its debut, The Crew 2 will receive an update for Xbox Series and PS5
mohit
I’m mohit, I am a professional blogger, Digital Marketer, and Certified Google Partner. I write about Business ,Tech News,Travel, Food Recipe, YouTube Trending Video and Health And Fitness here on cuopm
RELATED ARTICLES
Sports