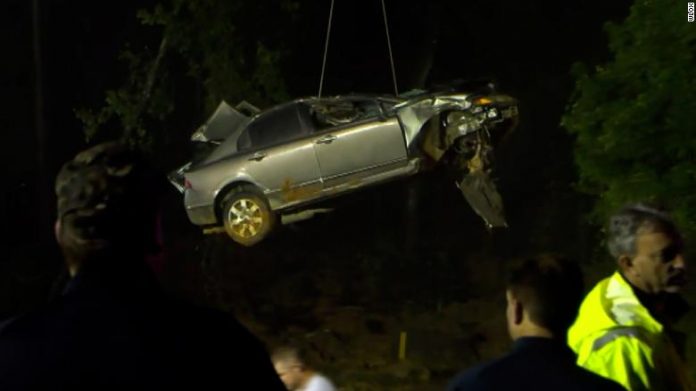 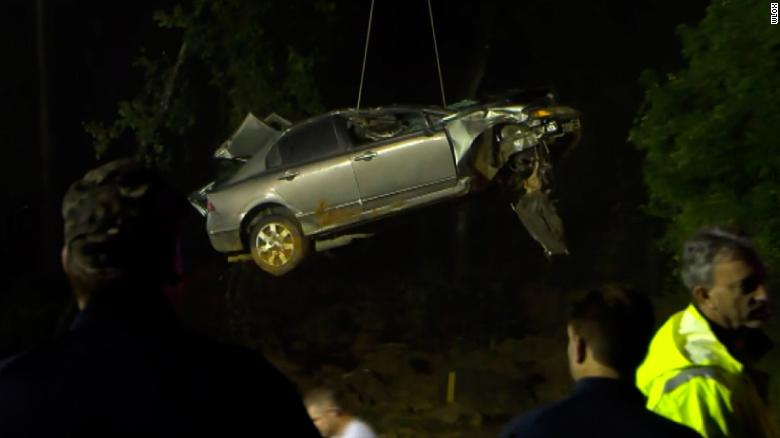 According to George County Emergency Management Director John Glass, the call came in shortly after 10 p.m. Overnight, seven automobiles were retrieved from the collapsed pavement as emergency crews brought in a crane to aid with the rescue and recovery effort. Jerry Lee, 42, of Lucedale, was one of the fatalities killed in the collapse, according to the coroner. The name of the second fatality has not yet been revealed pending notification of relatives, according to the coroner’s office. Layla Jamison, a senior at George County High School, is one of the people in critical condition. She is in serious condition at USA Medical Center in Mobile, according to the high school’s Facebook page.

The roadway connects Lucedale and Wiggins, as well as a number of smaller cities in South Mississippi. Officials said the vehicles were travelling on the highway amid the rain, unaware of the danger they were in after the road washed out ahead of them. Highway 26 will be closed between Highway 57 and Highway 63 until further notice. According to Glass, the road is still being washed out. He is urging all vehicles to stay off the roads as much as possible so that our emergency responders and police officers do not have to deal with any additional traffic. The collapse is located on Highway 26 east of the Benndale hamlet. Other roads in the county are also closed. If you arrive to a road that is flooded, turn around to avoid drowning. Due to the significant number of bus routes and commutes affected by the highway closure, George County Schools will be closed on Tuesday.

See also  Pools that knew how to integrate with nature

For people of George County, Highway 26 is a major thoroughfare. To avoid the long stretch of Highway 26, residents will have to reroute their commute. “Commuters can either travel (Highway) 57 to 98 or drive south and cut across in Wade-Vancleave to get to 63. “This is going to affect a lot of folks on that side of the river,” Glass said. That’s all the intel we have related to the situation. Follow us to stay updated.