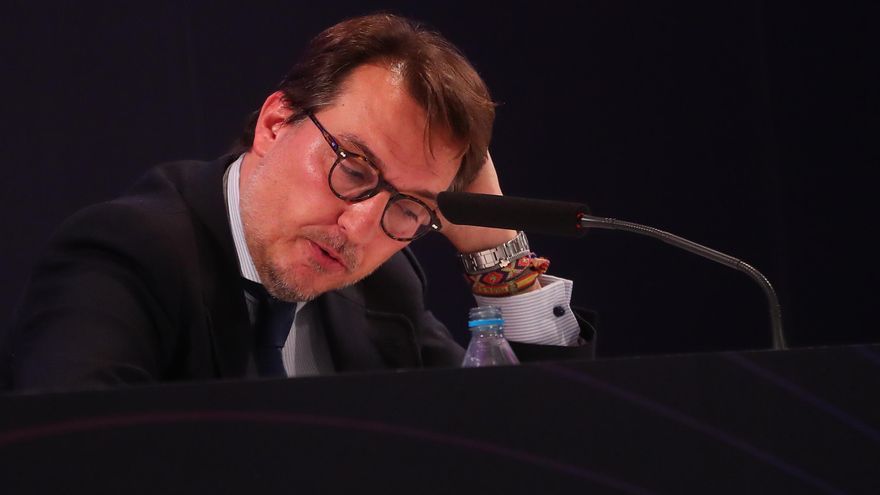 Quico Catalan suspended the ‘examination’ after the evaluation session to which it was submitted before the Board of Directors and the Board of Trustees. None of those present at the meeting, after the demotion, gave him an approved to the president, after a season full of ups and downs that led to what will be the reality of the first team next year. Not in vain, The leader had practically unanimity in support to continue leading the club and thus redirect the current situation. Only the FROG ratified its idea that the current Council should not move forward. The rest, despite the delicate situation in which Levante is submerged, put their hand in the fire for the Levante president when considering that, beyond his achievements since he came to office in 2009, he has sufficient skills, although giving understand that Quico Catalán no longer has any more room for manoeuvre, with the end of his mandate, December 2023, as the finish line. «The Board of Directors and its president suspend the financial year 21-22 due to the decline. There has been unanimity. But the reflection that has been reached unanimously, only with the vote against the FROG, has been that this president has credibility and intellectual and economic resources to face the next season, in the Second Division. From then on it will be what God wants”, commented Vicente Furió, president of the Foundation, after more than two hours of meeting, as well as commenting that Quico Catalán assumed responsibility for his mistakes and stressed that he is, together with the Council, responsible for the decline. Next, Furió himself commented that his body is, a year and a half before Quico Catalán’s mandate ends, open to “making any decision. Because if public opinion is concerned about Levante, the Foundation is concerned, at least, equally. We are committed to leaving this in good condition so that when the baton passes, they make an effort and greatly improve the management that is being carried out », he reeled. Furthermore, he acknowledged, emphasizing his words, that on many of the issues raised, Quico Catalán did not show a firm stance, putting the focus on June 30. Term in which Levante must reach economic balance and will be represented if they have fulfilled the established commitments, where the sale of a footballer seems like the fastest way to achieve it. Not in vain, and after long periods of lag, the path to follow will be to spend less than income to achieve sustainability, but without neglecting the club’s two major projects: the Nazareth Sports City and the stadium. All, after a meeting that began around 4:30 p.m. this Monday and in which were the representatives of the Board of Directors, Quico Catalan, Paco Fenollosa and Luis Calero, in accordance with the statutes and without the right to vote, in addition to the Trustees. The absentees were Federico Ferrando, who gave his vote to Luis Calero, José Miralles, who delegated his vote to Furió, Andrés Campos, delegating the Deputy Mayor of the Valencia City Council, Pilar Bernabé, and Manuel Moreno. Jose Manuel Fuerteshonorary president, was present. Dionisio Montesinos, for his part, delegated his point of view from a WhatsApp message. It was the starting point, pending future events, for the president of Levante to launch the initiatives he has in mind, with the idea of ​​recovering the credibility he has lost among a sector of Levante, while at the same time making a closer entity. Returning the first team to the elite and looking after the sections are the priorities.

Vicente Furió: “Quico Catalán has the confidence of the Council for the future because he has resources”