The federal judge Ariel Lijo ordered today the general inhibition of property of the defendants in the case in which the sect that operated in the Buenos Aires neighborhood of Villa Crespo is investigated and ordered the preventive seizure of 37 buildings and 13 carsreported judicial sources. The precautionary measures to secure property had been requested by the prosecutor Carlos Stornelli and his colleagues Alejandra Mangano and Marcelo Colomboholders of the Prosecutor’s Office against Trafficking and Exploitation of Persons (Protex), detailed the sources. The prosecution also requested that the releases claimed by the accused, who refused to testify yesterday before Judge Lijo, in federal courts be rejected. of Comodoro Py, the sources said. Meanwhile, among the seized assets are the raided homes, located in the State of Israel 4453/57, where the Buenos Aires Yoga School (EYBA)and the Guardia Vieja building 4072, where the “CMI-Abasto” clinic was located, according to the resolution to which Télam agreed.The detainees refused to declare Kindness PFAA through that resolution, the judge also ordered the general inhibition of assets, the immobilization and freezing of bank accounts and products and the striping of the safe deposit boxes registered by the accused. The blocking of the products that could be registered by the defendants in the capital market was also ordered, for which official letters were issued to the corresponding Real Estate and Automotive Property Registries, to the Central Bank of the Argentine Republic (BCRA) and to the National Commission. of Securities (CNV). In total 19 people were arrested last Friday, within the framework of 50 raids carried out in the city of Buenos Aires and the suburbs. In the case, the organization to which they belong -BA Group and its subsidiaries Escuela de Yoga Buenos Ares (EYBA) and Clínica CMI Abasto- is being investigated for human trafficking for the purpose of sexual and labor exploitation, according to police and judicial sources. During the weekend, 50 raids were carried out and 19 suspects were arrested For the investigators, Juan Percowicz was the creator and leader of the organization, but under his order there was a line of at least 18 people who supported him and who were in charge of the various “ventures”. Both Percowicz and the other 18 detainees refused to testify yesterday in the Federal Criminal and Correctional Court 4, in charge of Ariel Lijo. The organization had three main axes from which to obtain income: one was the health sector, which included hospitalization for addictions, the supply of psychotropic drugs, and the operation of a clinic where “healing” was promised. A second axis was the “ceremonial envelope”, which was based on the monthly payment of USD 200 by the “students” to being part of the organization, which could reach up to USD 10,000, depending on the student. Only in the procedures carried out by the Federal Police during the weekend were seized 1,130,454 dollars, 1,638,532 pesos, 1,000 pounds sterling, 100 euros, 52 gold coins (1,850 kilos of that precious metal), one kilo of silver coins, in addition to a brand new Ford Bronco truck (which was in Percowicz’s house in a private neighborhood of Benavídez and has a market value of $8,900,000) and 300 medical records of possible “patients” of the sect. On the other hand, the “students” were appropriated their property and placed at the disposal of the organization, making them sign, in some cases, wills to favor of its members. Juan Percowicz, alleged leader of the sect that operated in Villa Crespo, where porn videos were found to belong to the “circle”. They were forced to cut family ties, but also to give up goods and properties (in the raids they seized 186 property titles)and to pay, even selling the body for money. The third axis of the organization, and one of the main sources of financing, was the sexual exploitation of some of its “students”, who in the organization’s jargon were called “geishado”. VIP” or “palomear”, which consisted of sending them “to have sexual encounters with people of high economic power to obtain money, protection and/or influence”. Its objective was to attract businessmen or people of power to “obtain large sums of money for the organization.” The organization is accused, among other crimes, of human trafficking with reduction to servitude through coercion. They added people with the argument that they had remedies for “the evils of AIDS and drugs” and that they worked for “the development of happiness.” Previous post Nathy Peluso said that she feels Spanish and criticism rained down on her: what was her response 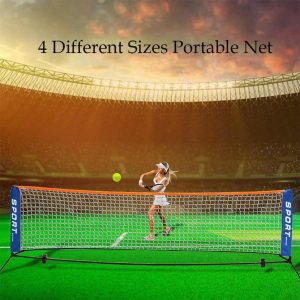