These are the benefits that make dark chocolate a superfood 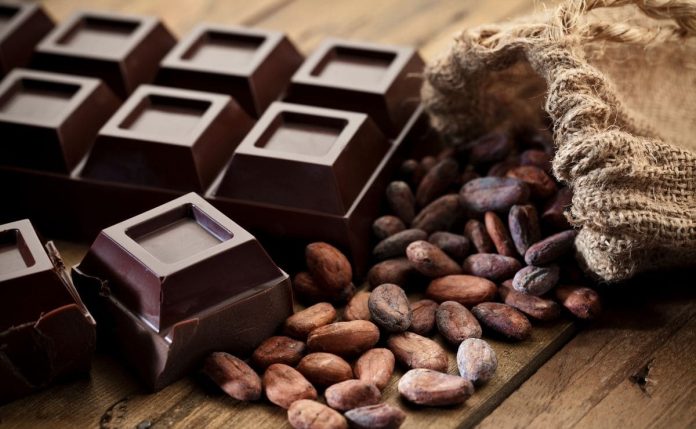 Dark chocolate is considered a "superfood" as it contains more than 50 nutrients and bioactive components such as polyphenols, which have antioxidant and anti- inflammatory properties that protect the general health of the body, but especially cardiovascular health.

As confirmed by the Cocoa Observatory, the cocoa that gives rise to dark chocolate gives us energy, helps maintain the ideal weight and ends depression.

In this regard, Maria Izquierdo, professor of nutrition and food science at the University of Barcelona, assures that "cocoa reduces blood pressure and protects against bad cholesterol, something that for now no medicine is capable of achieving."

This food has been the protagonist of numerous investigations because the positive benefit on health has been demonstrated thanks to its nutrients such as fiber, vitamins, minerals and polyphenols, and "that is why it is necessary to include it in our diet".

Defatted cocoa also stands out for its high fiber content that helps maintain a certain intestinal regularity and causes a satiating effect that will make us eat less. However, not all chocolates are considered superfoods.

For this, we must know how to differentiate between the pure and those subjected to chemical treatments such as alkalinization. Numerous studies have shown that those treated with alkalization lose up to 60 percent of the flavonoids, composed of polyphenols, responsible for the antioxidant effect.

Benefits of dark chocolate that make it a superfood

Drinking dark chocolate on a regular basis can have a positive effect on your general well-being. Including a couple of ounces of chocolate a day can help us prevent cardiovascular, neurological or metabolic diseases, among others.

See also  Knock at the Cabin: When & What To Expect On Screen?

Thus, its prolonged consumption reduces blood pressure in hypertensive people due to the dilation of the arteries and also reduces the bad cholesterol or 'LDL' responsible for atherosclerosis, a narrowing of the arteries that is caused by the accumulation of cholesterol, platelets and other substances.

In addition, the components that make up cocoa also help regulate hormonal metabolism, specifically corticosteroids, which in the long run can prevent health problems such as obesity. A scientifically proven belief, in the face of false beliefs that think that dark chocolate makes you fat.

Dark chocolate also acts as a superfood when it comes to curbing mild memory loss in older people, while helping to reverse these alterations. Therefore, we could affirm that the consumption of dark chocolate on a routine basis can significantly benefit general well-being.

Other benefits of dark chocolate

Some of its components stimulate the body's natural defenses and, in addition, can reduce the skin's sensitivity to ultraviolet radiation from the sun. Thus, it can be a good ally to improve skin texture, density, thickness and resistance to the signs of aging.

Dark chocolate contains fewer calories and sugars than other chocolates. The calories in dark chocolate take longer to digest and activate the metabolism, so we can take advantage of all this energy to face the day.

Of course, we must bear in mind that all these healthy benefits can only be noticed if the consumption of dark chocolate is done in moderation and accompanied by a healthy diet and physical exercise.

Share
Facebook
Twitter
Pinterest
WhatsApp
Previous articleDembélé, summoned to face Atlético de Madrid
Next articleEmery: "Betis is an important challenge and we want to overcome it"
jai prakash yadav
Who's with whom? Which celebrity just broke up? Which singer just got into a scandal? I am the one who takes care of all your Hollywood Celebrity Gossips at (cuopm.com). With a prior experience of more than four years in writing, I am an industry insider with gossips that you will die for.
RELATED ARTICLES
Lifestyle