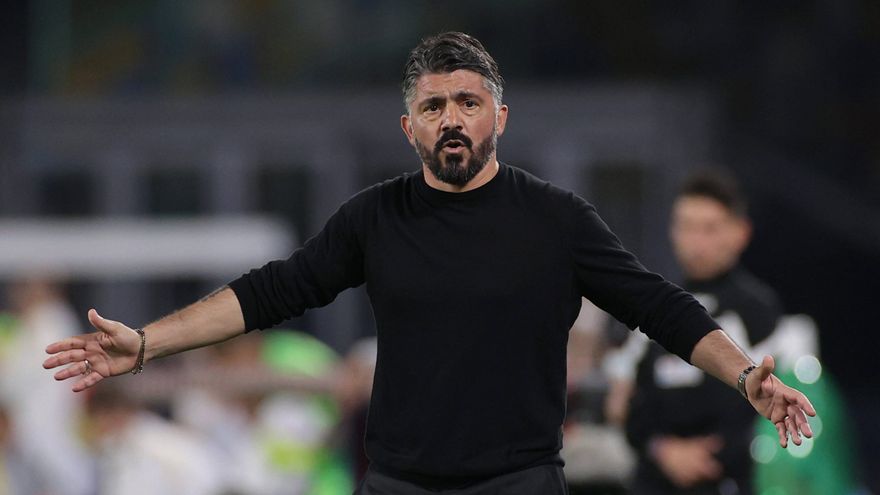 Gennaro Gattuso enters the scene and is running as the next coach of Valencia. The Italian coach is on his way to Singapore to sign his contract with the Mestalla entity, according to information published by the digital newspaper Tuttomercato. The former midfielder has not managed any club since his last stage at Fiorentina in the 2020-21 season, after passing through the benches of Palermo, Crete, Pisa, Milan and Napoli. Despite the fact that he has been blank for a year, He was very close to coaching Tottenham from that same summer, but the London club’s supporters stopped his arrival. According to information from ‘The Athletic’, as soon as the Tottenham fans found out about the rumours, They mobilized on social networks to prevent their incorporation due to their comments in the past about the role of women in football, homosexual marriage and racism on their Twitter profile., trending the #NoToGattuso hagstag. The barrage of negative comments towards the figure of the Italian made Fabio Paratici and Daniel Levy ruled out the possibility of signing Gattuso and opted, precisely, for a former Valencia CF coach: Nuno Espírito Santo. Not in vain, the Portuguese was dismissed after 17 games due to poor results. Antonio Conte took his witness and left Tottenham in Champions League positions.