The spectacular gift that Rosalía has given to Messi and Antonela 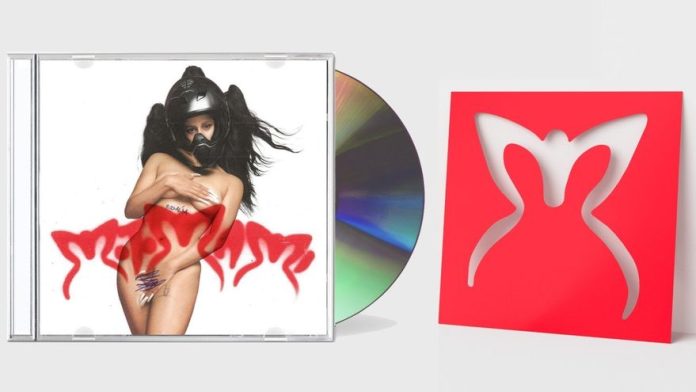 Rosalia he has just released his third album, ‘Motomami’, which has received very positive reviews from specialized journalists internationally. What does Motomami mean? Very easy: strength (motorcycle) and fragility (mommy). The word is in honor of her mother, who always rode a motorcycle (just like her). We can link it with strong, fighter and determined woman, although with doubts and insecurity. Well, Rosalía has been sending signed albums to celebrities from all over the world for several weeks, but the gift they have received Leo Messi and Antonella Roccuzzo is even better: a signed and dedicated ‘Motomami’ helmet by the Catalan singer. A collector’s item that will acquire enormous value over the years and that recognizes Argentines as two of her biggest fans. In addition to the motorcycle helmet, she has sent them a complete merchandising set made up of a white sweatshirt with the navy blue logo, paints and stencils (such as those included on the album if you buy it physically) and other objects that would delight any Rosalía fan.

See also  Latest Updates About Where & How to Watch Taylor Swift’s All Too Well?
Share
Facebook
Twitter
Pinterest
WhatsApp
Previous articleMamardashvili wins ownership in La Cartuja
Next articleBlack movement holds demonstration at CAB against police violence
sonu
sonu is a content writer who had worked on various niches. And served many clients. He is a management student also interested in research and marketing. His hobby is writing, reading and sketching. He is also a good orator.
RELATED ARTICLES
Lifestyle