‘The PM fucked up my life’, says soldier targeted by homophobia after gay kiss in DF 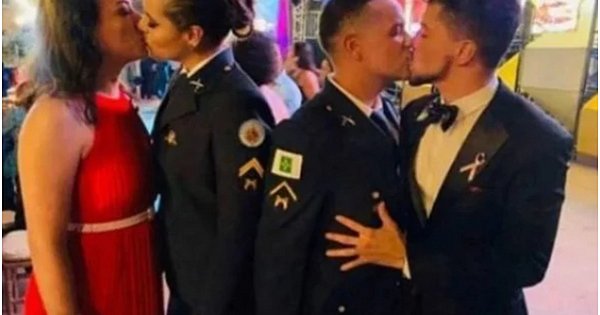 The former soldier of the Military Police of the Federal District (PMDF), target of homophobic attacks by colleagues after publishing a photo kissing his boyfriend, asked to be disconnected from the corporation. The dismissal, published in the Official Gazette of the Federal District (DODF) on Wednesday (2), was the pivot for him to publish freely on his social networks: “The PM fucked up my life”, he said. He continued: “The PM ended everything that I have in my head, I will have to rebuild myself and create a new me, because the corporation destroyed me”, he said. He claims that he could not talk about the matter before because of the military penal code, but that now he intends to show the abuses that happen within the corporation. “Unlike what most people say, I’m not here to become a deputy. I’ve received numerous proposals for politics, but that’s not it. I can’t say much about it yet, but now, I’m fine and I appreciate everyone’s message.” Henrique Harrison also reinforced that what happened to him should not be motivated by the LGBTQUIA+ community to give up holding contests for the Police. “I’m still in the campaign, study for the contest, let’s infest, occupy the space with good people, for us to have the police that we hope to have, for us to call the police not afraid they will arrive, but knowing their role”. The controversy began in January 2020, when the soldier was the target of homophobic attacks within the corporation, after publishing a photo at the graduation of soldiers kissing their boyfriend. An audio attributed to a colonel of the corporation opens wide criticism. “The terminal portion of the intestine is theirs and they do what they want”, offended the soldier. PMDF reserve lieutenant colonel Ivon Correa was ordered to pay R$25,000 in moral damages to Harrison. The decision was made by the 7th Civil Court of Brasília.

See also  Olodum is more root on Sundays, understand why
Share
Facebook
Twitter
Pinterest
WhatsApp
Previous article‘WWE 2K22’: Everything you need to know before the opening of the wrestling show
Next articleRussia blocks access to Twitter, Facebook and various app stores
suddz
Sudeshna is an engineering in making but has is keen towards writing blogs, news articles, product reviews and more. You would find her making use of the pen and paper in her free time.
RELATED ARTICLES
Entertainment