Chromebooks designed by Google and supported by their Linux-based system are over a decade old. The problem is, the company released its last laptop in 2019. It was the flagship Pixelbook Go, but it did not conquer our home market. It turns out that a new version was planned for release in 2023, but the project was abandoned.

There was supposed to be a new Pixelbook, but it will not …

Information on this subject was provided by The Verge, according to which the latest Google laptop was still in the early stages of development and was initially to be released only in 2023. As it turned out, however, the team responsible for its creation was disbanded, and the employees were transferred to other departments. Rick Osterloh has confirmed that the company intends to continue to create Pixelbooks in the future. The plans were likely partially thwarted by the pandemic as the Mountain View giant cut jobs and slowed down some projects at the time.Google Pixelbook / fot. Google

Chromebook sales fueled by a pandemic

On the other hand, during the pandemic, Chromebooks were selling like hot cakes, because on the one hand they are cheap devices, and on the other hand, they are characterized by performance adequate to the price. However, when the coronavirus began to fade away and students returned to school, the boom for these devices also ended, plus the fact that Pixelbook was intended to be the flagship product of Chromebooks and a competitor to Apple ultrabooks. But its competitor was matched only by its high price. The quality in many respects left a lot to be desired, for example poor-quality speakers or no sense to use the touch screen if the keyboard does not tilt back. So if you belong to the few fans of Google laptops in our country and you are waiting for the premiere of a new model, you should get in patience. 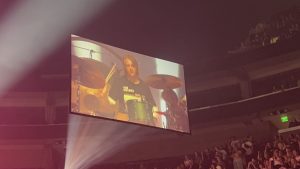 Previous post Video. The Killers turns young girl into a ‘rock star’ for a day