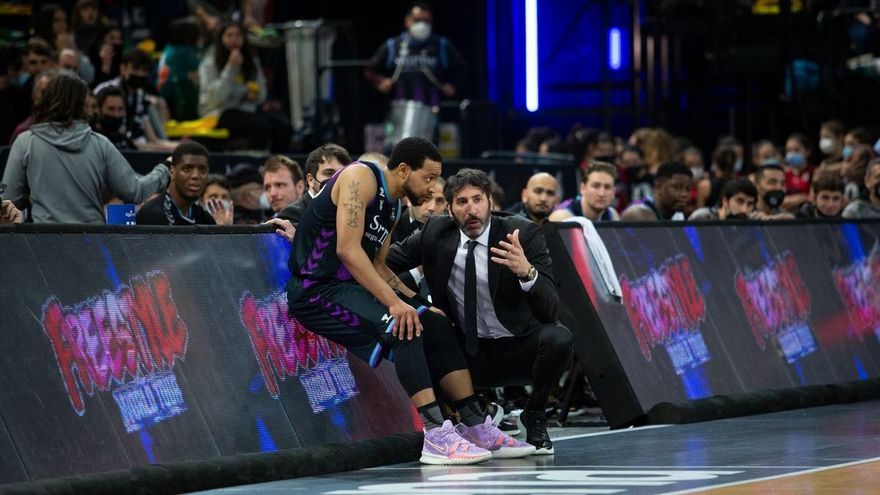 The new Valencia Basket will begin this coming week and will do so by laying the first stone with the election of the new coach, although the non-continuity of Joan Peñarroya has not yet been made official. A decision that will be made in the next few hours and that will be communicated at the beginning of the week, to immediately begin to specify the renewals, departures and signings for next season.

Álex Mumbrú and Pedro Martínez are the two options that the club managers like the most, but before even talking about figures and number of seasons, the club wanted to make sure that they knew the new philosophy of the entity and see how their ideas would fit into the new project, regardless of whether they play the Euroleague or not but with the conviction almost absolute that Valencia Basket will be one of the clubs invited to participate at least next year in the highest European competition. A situation that It forces the team to be reinforced as best as possible, but within tight economic margins and always having a window open to the players of L’Alqueria, as began to be seen this past season, although very forced by the bad streaks of injuries. Pedro Martínez, in a match with Baxi Manresa acb Photo / J. Alberch The experience of Peter Martinez and his successful past at Valencia Basket are his best guarantee, apart from the affection that the fans continue to hold for him, although if he returns, a different situation would be found than that of his first stage of taronja, with a club that has a very clear goal of moving towards sustainability and adjusting spending to the maximum, even though the Euroleague is on the horizon. In addition, he has one year left on his contract and although he has a release option, at Baxi Manresa they expect him to continue for another year. A contractual link that is not going to be what the club’s bet decides, much less, but that is not in the case of Álex Mumbrú, one of the most present and future coaches and who is also free, although Bilbao Basket is still confident of being able to renew it as well. After 21 seasons in professional basketball, Mumbrú’s projection has increased in each of his years on the bench and would fit perfectly in the new taronja project, in which he would also have the opportunity to take another leap in his career. Both are waiting for the final decision of the club once it has also been shown what their idea would be regarding the team and the project for next season. From there and although the club was also interested in the situation of other coaches -including Neven Spahija-, the club will enter into pure and hard negotiations with the chosen one to close his contract, something that should not pose any problem a priori .

From then on, and although the club has already made the decision not to renew players like Mike Tobey or Hanlan, the rest of the contractual situations will be cleared up in accordance with the new coach, with extension options for Van Rossom, Labeyrie (less likely ) and Hermannsson, seriously injured, outside the continuity of Prepelic, who continues in his particular recovery process.