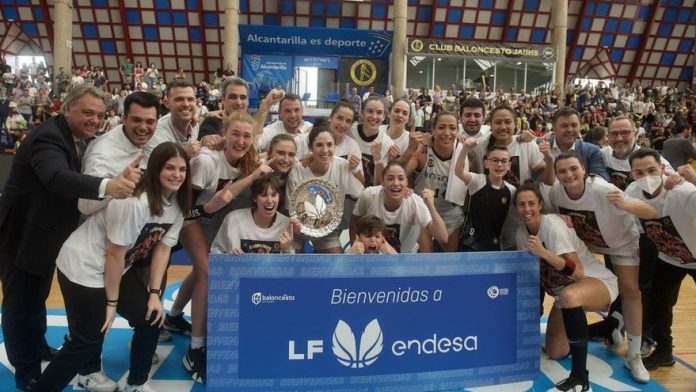 The Alcantarilla team, new member of the Endesa FEB Women’s League The Murcian team Hozono Global Jairis got last weekend promotion to the Endesa Women’s League. The Alcantarilla team, host of the ‘Final Four’, has risen to the national basketball elite after get rid of in the final of Recoletas Zamora (69-55). Earlier, in the semifinal, they beat Alcobendas (69-67). In both games, one of the best was the former Valencia Rebekah CotanoIn addition to his companions De Souza, Royo or Fernandes. Rebeca Cotano was the top scorer in the final with 20 points. Hozono Global celebrates the title of champions of the LF Challenge that leads them to the highest division of national basketball FEB Cotano, power forward 27-year-old ValencianUntil a few weeks ago, she was the player with the most matches in the history of Valencia BC for women, 139, until she was surpassed by the current captain, Anna Gómez. Cotano remains in second position in this historical ranking of the women’s section.