The great designers agree: this is the key to elegance according to Chanel, Dior and Valentino 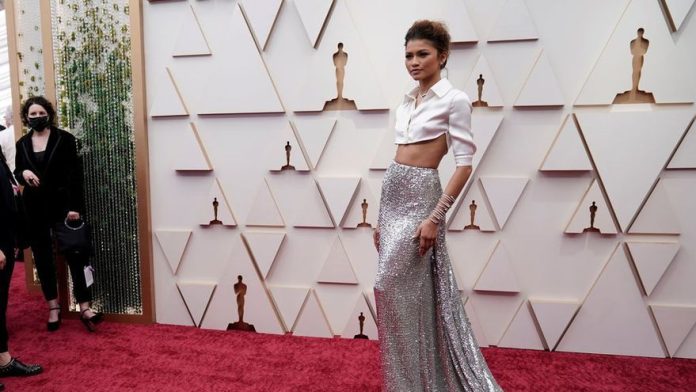 Define what is elegance and which garments grant that persecuted sign of distinction is not easy. Great designers like Chanel, Valentino, Carolina Herrera or Dior bring a different concept to the term, although there is something in which everyone agrees: it’s a matter of attitude. Megan Hess, artistic director and illustrator of Cartier and Louis Vuitton, assures in the book ‘Elegance, masters of French fashion’ (Ed. Lunweg) that great designers are distinguished “by approaching design with simple elegance”. Designer Diane Von Furstenberg has once said that “attitude is everything” to look stylish, regardless of the money spent on the wardrobe. In the same way, karl lagerfeld pointed out that anyone can be “chic with cheap clothes. There are elegant designs for any purchasing level “and she added that she can be the most stylish woman in the world with only” a T-shirt and jeans; the differential factor is you”. In a time when events return with a bang, the desire to recover lost time It should not lead to a locker room where excess is the letter of introduction. One of the most anticipated weddings of the season has been that of Brooklyn Beckham, eldest son of ex-soccer player David Beckham and his wife Victoria, with actress and model Nicola Peltz, who has opted for a Valentino, created by Pier Paolo Piccioli, in ivory. , in which she mixed classicism in her lines and a spectacular lace veil, with a neckline with straps to match her gloves. “French designers teach us that style is something that runs in the blood: one must dress for oneself. It is a very simple philosophy, that is why it is so perfect”, Hess points out. But not only French creators have this maxim to their credit, the Italian Giorgio Armani, who has black and pure lines as a pillar in his creation, assures that “elegance is not to be noticed, but to be remembered“. An idea that was expressed long before by Coco Chanel, who pointed out “dress vulgar and they will only see the dress, dress elegant and they will see the woman“, a woman who, according to Hess, was able to create an “elegant, simple, but rich in detail” style, which was able to translate black, a color reserved for funerals, into a basic wardrobe staple. Seemingly disparate women like Zendaya , Rosalía, Michelle Obama or Renné Zellweger have on occasion worn a creation by Venezuelan Carolina Herrera The designer has also stressed, in some of her statements, that elegance has nothing to do with money or beauty, ” it is a way of thinking, of moving. Is related to how you speak or what you read“. Lily James or Nicole Kidman are some of the actresses who have been dressed on the red carpet by the Lebanese designer, Elie Saab, creator of sumptuous dresses, which stresses that the elegance of a woman it’s in her “character and self-confidence”. Actress Audrey Hepburn’s head designer, Hubert de Givenchy found her muse in her. Her collaboration lasted for forty years. “I did not design for a woman in general; with her Givenchy “I designed for a specific woman. Each woman has her own story, and he offered her a way to tell it through fashion”, comments Hess in the book. For the French creator, a disciple of Balenciaga, “the secret of elegance is be yourself“.

See also  The Mercadona product that removes the bad smell from our washing machine and leaves it like the first day
Share
Facebook
Twitter
Pinterest
WhatsApp
Previous articleAccident involving truck leaves two dead and one injured in Bahia
Next articleTwitter launches “the circle” to create safe spaces in the social network
sonu
sonu is a content writer who had worked on various niches. And served many clients. He is a management student also interested in research and marketing. His hobby is writing, reading and sketching. He is also a good orator.
RELATED ARTICLES
Lifestyle