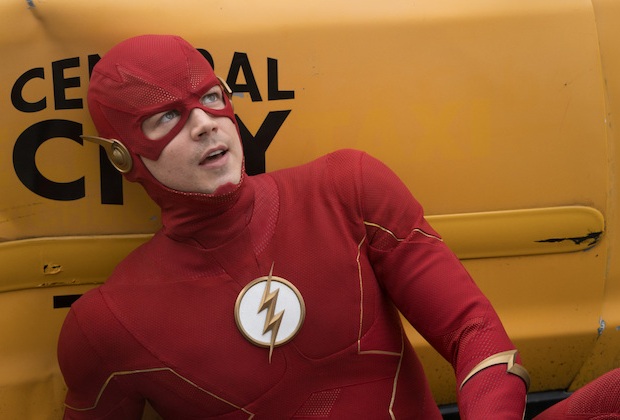 The superhero drama ‘The Flash’ premiered yesterday on The CW. The season premiere was the first of the five episode season that started with ‘Armageddon: Part 1’, while the Part 5 of the same is scheduled to release on December 14, 2021. For fans who have not yet watched the first episode, and are waiting for more to come. Here’s everything you need to know about the “Armageddon” crossover in The Flash Season 8.

What Is Armageddon In The Flash Season 8?

Armageddon as it seems is not a complete crossover, when compared to previous DC crossovers like the Arrowverse. On the other hand, it is more of a multi-part series with crossover characters from the other TV shows of the same universe, like Batwoman (Javicia Leslie) and Black Lightning (Cress Williams).

We have already seen previously released DC crossover events namely, Elseworlds, and Crisis on Infinite Earths. The plot of these crossovers not only was of several episodes, but also contributed a lot into the storyline of shows like Batwoman, Arrow, Supergirl, etc.

While ‘Armageddon’ will last for only five episodes, these five episodes will be a part of ‘The Flash’, though other characters from the DC Universe will be making guest appearances in the same.

Armageddon: What Is The Plot Of ‘The Flash’ Crossover?

Armageddon will be recorded as the seventh annual Arrowverse crossover event. Starting from the first episode of ‘The Flash’ Season 8, it will consist of a total of 5 episodes. The official synopsis of the event reveals:

“A powerful alien threat arrives on Earth under mysterious circumstances and Barry, Iris and the rest of Team Flash are pushed to their limits in a desperate battle to save the world. But with time running out, and the fate of humanity at stake, Flash and his companions will also need to enlist the help of some old friends if the forces of good are to prevail.”

This will be the first time when the crossover episodes of Arrowverse will premiere as episodes of a single TV show rather than being multiple episodes of multiple TV shows. Here’s the official sneak peak into the first episode of The Flash Season 8 that begins the saga of ‘Armageddon’,