In a new meeting with the Secretary of Agriculture, Juan Jose Bahillo leaders of entities that make up the Liaison Table Tonight they demanded solutions for the regional economies affected by the loss of profitability. There were requests for these productions to have a single exchange rate and complaints about the measure of the Central Bank (BCRA) that made credit more expensive for producers who have more than 5% soybeans. The warning was expressed to discontinue the dialogue if that is not reversed. On the government side there were no concrete announcements of measures, but Bahillo asked the leadership to send a letter to the Ministry of Economy expressing the rejection of the implementation of the BCRA measure.George Chemes, president of the Argentine Rural Confederations (CRA); Carlos Achetoni, president of the Argentine Agrarian Federation (FAA) and Elbio Laucirica, Vice President of Coninagro, arrived at the meeting in the midst of the tension generated by the measure of the Central. was not Nicholas Pine, president of the Argentine Rural Society (SRA), who did not attend, upset with the BCRA’s decision. Yes, he was, instead only as a listener, in a secondary place in the meeting room, the entity’s technician Ezequiel DeFreijo. “Politically, La Rural was not there,” said sources linked to the organization. “There is a commitment to work with these issues that we started today. We make it very clear that we will not continue talking if the resolution of the Central Bank is not reversed. There was a request to the Secretary of Agriculture who, as he really felt the great discomfort that there is for this measure, asked us to submit a note to the Ministry [de Economía] of the four entities demanding the elimination and we are going to do it tomorrow”, Chemes said. From CRA they added that the entity “raised the need to unify the exchange rate for regional economies, starting with those tied to exports, such as wool that generate genuine labor, mobilize the interior and take root fundamentally ”. “We were very emphatic about the BCRA because we believe that it is totally inequitable and we were discussing some measures to be able to compensate for the distortions that occur due to this situation, mainly for the regional economies, where we mainly see that the exchange rate gap and delay takes away competitiveness not only to production, but to the country as a whole. This is accentuated because they have internal prices”, indicated, for his part, Laucirica. The vice president of Coninagro added: “We’re leaving with some expectations.” He specified that the note to be made for the BCRA will explain that the measure is “totally detrimental, because this affects all financing.” He added: “Within our own cooperatives are affected by this decision.”The leaders warned that the Central Bank’s measure means an obstacle in the relationship with the Governmentarchive Achetoni also referred to the discomfort generated by the Central Bank’s measure. “It is a very strong contradiction to go out and ask the sector to liquidate soybeans to get out of the trance they have of liquidating foreign currency and hinder the next soybean campaign, precisely with this measure of not financing whoever has soybeans,” he said. He warned that the measure of the monetary authority hinders the link with the sector. “We told the Ministry of Economy and the Ministry of Agriculture that we are quite unable to have a normal relationship if they give us instruments and tools that discourage production,” he said. The president of the FAA pointed out that the meeting sought to address the situation of regional economies and small producers because “they were left out.” He specified: “That was what we came to strongly propose, beyond the fact that we do not share the BCRA’s measure regarding the restriction of financing.” In this context, the meeting also discussed reaching out with a compensatory fund to the regional economies and to the producers who had already sold soybeans before the $200 exchange rate measure. Even before the meeting, the leaders of the field they had referred to the concerns of the sector, anticipating that they wanted measures. “The issue is with the regional economies that need urgent attention, both the minister [Sergio Massa] As the secretary knows, the subject has been discussed at some time and we need to leave with facts”, said Chemes. “The regional economies today need a unification of changes, which is essential for them to move forward. In any measure that is taken, the basic thing is that it reaches the producer because on other occasions, when a decision has been carried out, it has always been halfway and the export or the industry ended up keeping the benefits”, added the leader. “The dollar has to be only one for the field, because if you start to discriminate based on production, it will generate the imbalance that is being done in the productive system,” remarked the president of CRA.Laucirica, while , was expectant because “some of the problems that have been generated with the soybean dollar and that have greatly affected small producers and regional economies in particular, will begin to be taken into account.” The vice president of Coninagro pointed out that “The exchange rate differential greatly affects regional economies because they have many internal costs that sometimes are not guided by the official dollar, but rather by supply and demand and the economy and they realize it through the products they are buying.”

See also  How to change the Globoplay plan

Previous post Motorola edge 30 for less than PLN 1600? It could be done 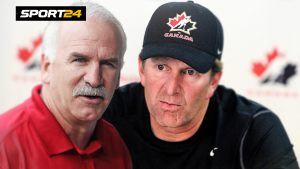 Next post Avangard tried to lure the best coaches in the world to Russia. Babcock and Quenneville – a dream that will not come true
Omi