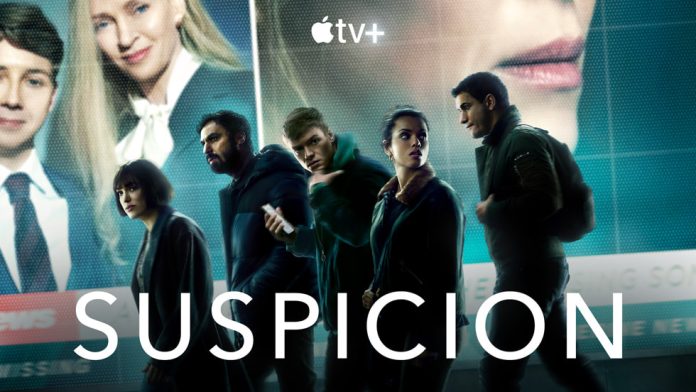 “Suspicion” is a thriller series from the Apple TV + streaming service. It is about the kidnapping of the son of an American businesswoman and the hunt for the kidnappers.

Suspicion: Do We Have A Release Date?

“Suspicion” will start in early 2022 on Apple TV +. The new series will appear on the streaming service on February 4, 2022.

Suspicion: What Is The Plot?

When the son of a prominent American businesswoman (Uma Thurman) is kidnapped from a New York hotel, suspicion quickly falls on four seemingly ordinary British guests who were in the hotel on the night in question.

A transatlantic game of cat and mouse begins in which the four suspects try to prove their innocence by evading the combined forces of the National Crime Agency and the FBI. But it soon becomes clear that not all of them can be trusted. Who is really behind the mysterious kidnapping, and who is just guilty of having been in the wrong place at the wrong time?

Suspicion: Do We Have A Trailer

There is no trailer for the series yet, but there are first pictures. You can find these below.

Suspicion: Who’s In The Cast?

“Suspicion” is based on the award-winning Israeli series “False Flag” and is produced in the UK. Rob Williams (” The Man in the High Castle “) is the showrunner and executive producer.

See also  Rami Malek And Pete Davidson's "Squid Game" Parody on SNL
Share
Facebook
Twitter
Pinterest
WhatsApp
Previous articleShaman King: New Episodes Are Coming To Netflix
Next articleGoldbergs: Main Actor Leaves The Show In Season 9
sonu
sonu is a content writer who had worked on various niches. And served many clients. He is a management student also interested in research and marketing. His hobby is writing, reading and sketching. He is also a good orator.
RELATED ARTICLES
Entertainment