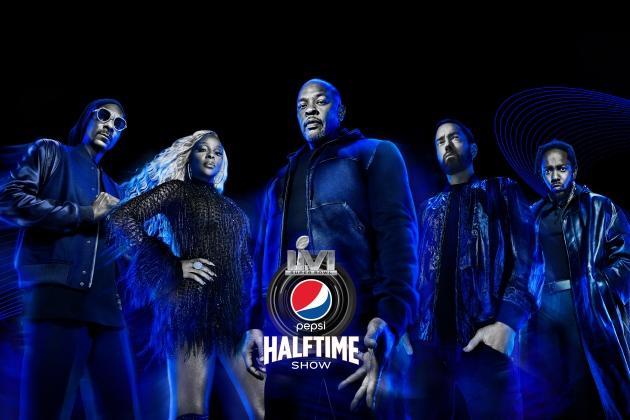 The halftime performance for Super Bowl LVI has been announced by the National Football League.

Dr. Dre, Snoop Dogg, Eminem, Mary J. Blige, and Kendrick Lamar will perform at next year’s halftime show, which will take place on the 13th of February at SoFi Stadium in Inglewood, California; according to Pepsi, the NFL, and Roc Nation. NBC will broadcast the football game and halftime show. 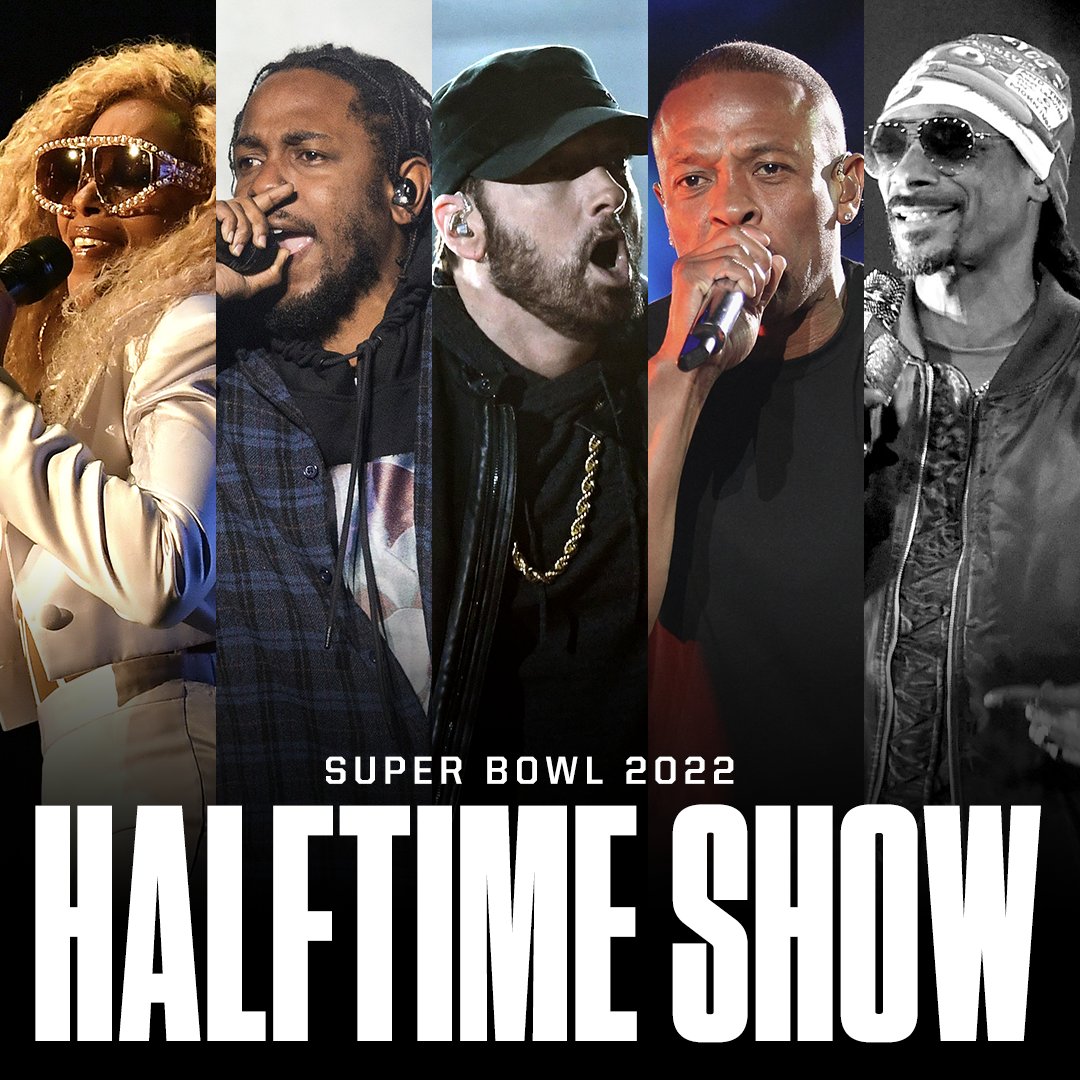 The show is meant to have exceptional significance for the greater Los Angeles area, which is hosting the Super Bowl for the first time in almost 30 years.

This is the first time all five musicians will perform on stage together, and it’s one of the most packed Super Bowl lineups ever. Usually, the show has one or two main performers.

“The opportunity to perform at the Super Bowl Halftime Show, and to do it in my own backyard, will be one of the biggest thrills of my career,” Dr. Dre stated.

“I’m grateful to JAY-Z, Roc Nation, the NFL, and Pepsi as well as Snoop Dogg, Eminem, Mary J. Blige, and Kendrick Lamar for joining me in what will be an unforgettable cultural moment.”

Pepsi, the NFL, and Roc Nation have collaborated on the Super Bowl Halftime Show for the third year consecutively. In addition to the performance, Pepsi and the NFL are collaborating to launch Regional School #1, a magnet high school in the Los Angeles Unified School District in South Los Angeles. Todd Kaplan, VP of Marketing, Pepsi said, “Artists like Dr. Dre and Snoop Dogg were at the forefront of the West Coast hip hop revolution, so to be able to bring them back to LA, where it all began alongside Eminem, Mary J. Blige and Kendrick Lamar will prove to be an epic, unforgettable celebration of the impact hip hop has today.”

See also  Was the sound of Spaceship was real, get to know in INVASION Episode 5

“The Pepsi Super Bowl Halftime Show has become a landmark cultural moment, bringing about some of the most iconic performances over the years – from JLo and Shakira to Lady Gaga to The Weeknd – and we are thrilled to bring together such an incredible array of talented, record-breaking musicians to put on a performance for the ages.”

The musicians follow a long list of artists who have performed in the Super Bowl Halftime Show. Due to the ongoing pandemic, The Weeknd just performed a smaller-scale halftime concert at the 2021 Super Bowl. Jennifer Lopez and Shakira gave a spectacular performance the year before, highlighting their best songs and including numerous high-fashion moments.

Share
Facebook
Twitter
Pinterest
WhatsApp
Previous articleHow to Use SharePlay on Facetime?
Next articleClubhouse Update: Now Users can Record 30 Second Clips
jai prakash yadav
Who's with whom? Which celebrity just broke up? Which singer just got into a scandal? I am the one who takes care of all your Hollywood Celebrity Gossips at (cuopm.com). With a prior experience of more than four years in writing, I am an industry insider with gossips that you will die for.
RELATED ARTICLES
Entertainment