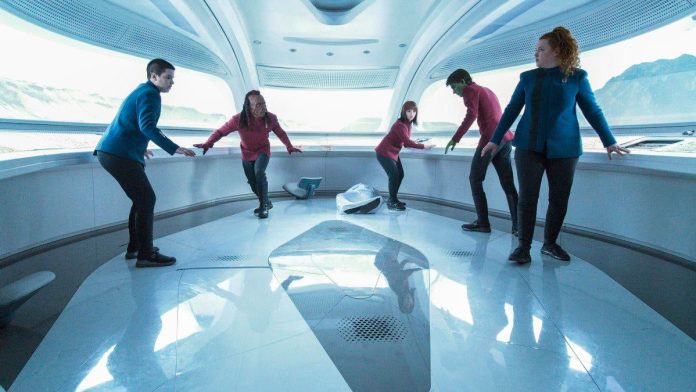 Has “Star Trek: Discovery” season 4 just ushered in a new spin-off? A shocking goodbye from a fan favorite could open the doors to a new series.

The doors to a spin-off may just have been opened with the new season four episode of Star Trek: Discovery. Episode 4 “All Is Possible” was released last week on Paramount + and in this country on Pluto TV and has taken a surprising turn. Warning, there will be spoilers for episode 4.

Since the beginning of “Star Trek: Discovery” season 4, we have seen how Michael Burnham’s (Sonequa Martin-Green) best friend Sylvia Tilly (Mary Wiseman) cannot really gain a foothold due to the journey into the future. In the fourth episode, she is given the chance to lead a training mission for the Starfleet Academy.

Even if the mission is anything but smooth, Tilly feels that she is in good hands at the Starfleet Academy. When she also receives an offer from Kovich (David Cronenberg) to teach, she decides against a career on Discovery. She agrees with Kovich and tearfully says goodbye to her crew.

Even if Tilly’s role will now be much smaller, her role is not out of the world and it has already been confirmed that Tilly will return. Nevertheless, the decision to practically write a fan favorite like Tilly out of the series seems a little illogical if it weren’t for an ace up its sleeve.

For some time now, “Star Trek” mastermind Alex Kurtzman has been expressing interest in a series about the Starfleet Academy. The series entitled “Star Trek: Starfleet Academy” is said to be already in development. Apparently more advanced than expected!

See also  PM says he found gun and drugs with dead teenager in Boca do Rio, and family denies

It has not yet been confirmed that the new series will feature Tilly as the main character, but everything points to it! With Tilly, you would have a popular figure that attracts the audience and the parallel chronology to “Discovery” in the “Star Trek” chronology guarantees crossover episodes.

Share
Facebook
Twitter
Pinterest
WhatsApp
Previous articleAyakashi Triangle: Is The Manga Getting An Anime Adaptation?
Next articleAvatar 2: What Will Happen In Part 2 Of The James Cameron Film?
sonu
sonu is a content writer who had worked on various niches. And served many clients. He is a management student also interested in research and marketing. His hobby is writing, reading and sketching. He is also a good orator.
RELATED ARTICLES
Entertainment