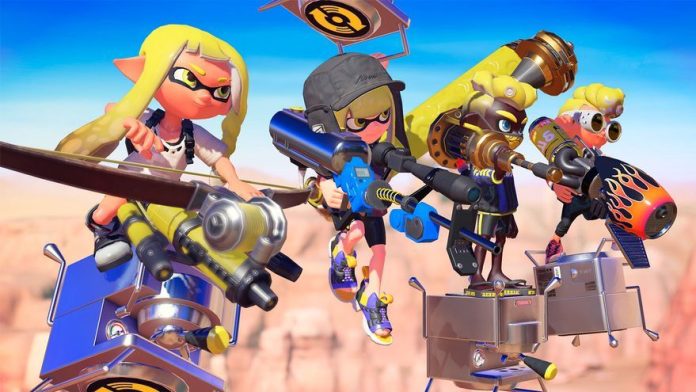 A few days after revealing that the release of ‘Xenoblade Chronicles 3‘ had been advanced from September to July of this year, Nintendo has announced the plans for the video game that will “replace” it in the release list of the ninth month of 2022. It is about ‘Splatoon 3‘, which will officially hit stores on September 9.

In conjunction with the revelation, the house of the most famous mustachioed plumber in video games has distributed a new trailer that shows new details about the competitive side of the title. In this plot, the players are divided into two groups (each with four participants) who must color as much of the stage as possible within the time limit, a task that makes it difficult for enemy attacks.

In addition to access to a wide variety of weapons, each character has a special feature and the ability to fast travel through areas already painted in your team’s colors. In the new installment, Nintendo promises new maps and unprecedented ways to gain competitive advantage against your opponents.

Although it is a series known for its multiplayer, the single player campaign has also remained in its third chapter. In it, players will team up with “Agent 3” to battle rogue Octarians and must unravel the secrets of Alterna and the Pelifying Plasma. The game will also feature an updated version of the Salmon Run mode., who made his official debut in ‘Splatoon 2’. For this mode, players are forced to work cooperatively to defeat various hordes of enemies, which grow in number and difficulty.

In addition to revealing that ‘Splatoon 3’ is coming to Nintendo Switch in September, the Japanese company has announced an incentive for Nintendo Switch Online + Expansion Pack subscribers who own a copy of ‘Splatoon 2’, as can download the Octo Expansion content on Nintendo Switch at no additional cost dfrom the product information page on the Nintendo eShop.

Share
Facebook
Twitter
Pinterest
WhatsApp
Previous articleVideo: 2022 Lexus NX 350h Test
Next articleDiego invades interview at Fla and embarrasses reporter: ‘Everything goes’
sonu
sonu is a content writer who had worked on various niches. And served many clients. He is a management student also interested in research and marketing. His hobby is writing, reading and sketching. He is also a good orator.
RELATED ARTICLES
Lifestyle