After two months of bringing information about well-being and health to the public, as well as tips on how to enjoy the summer in Salvador, the seventh season of Sou Verão came to an end this Saturday morning (29). For the fourth week in a row, the Jornal CORREIO project set up its structure at one of the points on the edge of the city. The sports modalities were offered in Barra. At Cristo, the public had Yoga and Slackline classes, while at Farol, the fun was on account of Futmesa and Cross Training. Tents of Drogaria São Paulo and Vitalmed also worked on site with free services.

To participate, those who passed through the service centers needed to present proof of vaccination against Covid-19 (with at least two doses), in addition to identification document. The use of a mask was mandatory for all people who did the activities offered for free. In all of them, instructors were on hand to pass on information and answer questions. On previous Saturdays, the project alternated the waterfronts of São Tomé de Paripe and Barra.

In Futmesa, a modality that debuted this season, the dispute of the games was intense, including the presence of athletes like the Bahian Kety Dias, third place in the Brazilian championship of the modality. The athlete, who started her career in football, got to know the sport when she lived in China and since then has been dedicating herself to training and participating in competitions. "It is a near dream to have Futmesa becoming an Olympic sport. Futmesa is inclusive, it allows all types of people, of any age, to practice it", concludes the athlete, who is preparing for the Brazil Cup, which will take place in May, in Cuiabá.

Who also had fun with Futmesa was the administrative advisor Ricardo dos Santos Inácio, who already knew the sport and when he heard that Sou Verão would return to Barra, he stopped by Farol to play some games. “I have a base in football and I didn't find it difficult”, he commented.

On the side of Futmesa was the space for the Cross Training class. In one of the classes, an entire family participated and had fun. Coming from Alagoas to spend a few days on vacation in Salvador, the couple Edvaldo and Edna de Castro Alves and the little ones Erika, 10 years old, and Ellah, 6 years old, did all the activities suggested by the instructor. “They see their father and mother playing sports and it is natural that they also want to participate. Not practicing is what is bad, we become sedentary and anxious”, says Edvaldo.

At Cristo da Barra, another family on vacation in Salvador decided to participate in one of the Sou Verão modalities. Lawyer Valbert Laert brought his daughter, Ellen Vitória Santos Gonçalves, 9, for a walk on Orla da Barra and encouraged the little girl to go on Slackline. “We're from Vitória da Conquista and she didn't know Salvador yet,” he said. The girl ended up killing two desires: visit the Bahian capital and practice the activity.

At the same tourist spot, from 8 am to noon, several groups of people passed through the space dedicated to Yoga. The modality teacher, Maria Eduarda Guimarães, was happy with the demand from the public, who internalized the activity as something important to have a greater awareness of their own body. “It was important to do the project activities outdoors, in contact with nature. We had practitioners of different ages and experiences in relation to Yoga”, he reported.

Health – In addition to sports, the public that attended Sou Verão this Saturday visited the tents set up at Farol da Barra, which offered free services, such as blood pressure measurement, nutritional assessment with weight and height measurement, body mass index ( BMI) and waist circumference, as well as gifts and sales of skin care products, such as sunscreens, among others.

The District Manager of Drogaria São Paulo (Coast Sector), Rosimeire Matsumoto, led the company's actions during Sou Verão and celebrated the success of the initiative. “People are taking more care of their health and seeking their well-being, so we include in our actions a consultant specialized in dermocosmetics and skin care. We brought in an arm of Drogaria São Paulo to offer this guidance service to the population”, he said.

Check out the gallery with the photos from this edition (below) and tips on health, beauty, sports and well-being on the Sou Verão channel.

Previous post Many people die during sex every year; find out why 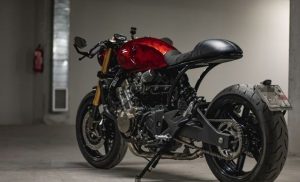