Shang Chi 2: Sequel Announced! Everything You Should Know 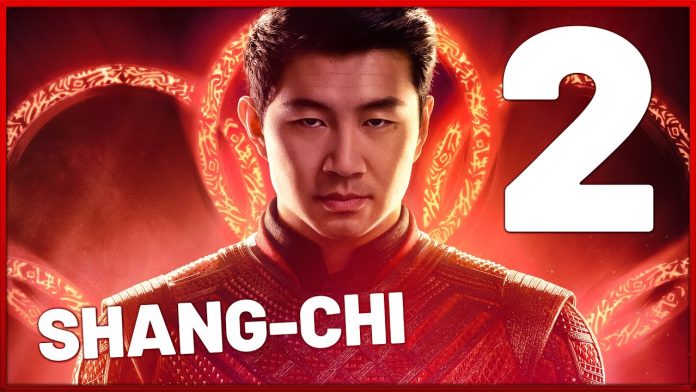 The Marvel movie ” Shang-Chi and the Legend of the Ten Rings ” was a huge box office hit despite the pandemic. Now Marvel and Disney have confirmed that “Shang-Chi 2″ is coming. Again Destin Daniel Cretton (” Just Mercy “) takes the director’s chair.

The director has signed a multi-year deal with Marvel and Hulu. So he will work on “Shang-Chi 2” and at least one superhero series for Disney +. Alongwith some Hulu series outside of the Marvel Cinematic Universe (MCU).

When Is The Theatrical Release Of “Shang-Chi 2”?

Little is known except for the confirmation of “Shang-Chi 2” and the return of director and screenwriter Destin Daniel Cretton. Leading actor Simu Liu will return as Shang-Chi and draw attention to his joy with a funny tweet.

Liu writes: “We went so badly at the box office that we got a sequel.” This could be understood as a bit of a joke earlier. Controversial statements of the Disney boss’ Bob Chapek, who described the theatrical release of “Shang-Chi” as an “experiment.”

Since the schedule of Marvel Phase 4 is hectic, “Shang-Chi 2” will release in theaters in 2023 at the earliest, more likely in 2024 or even 2025. However, that doesn’t mean we can’t see Simu Liu again as Shang-Chi in other films or a Disney + series before that.

The film “Shang-Chi and the Legend of the Ten Rings” is currently available on the Disney + streaming service.

Shang-Chi at Disney +: Which Series Is Destin Daniel Cretton Producing?

Even after the closing credits of “Shang-Chi and the Legend of the Ten Rings.” Many fans suspected that there would be a Disney+ series about Shang-Chi’s sister Xialing. The character, played by actress Meng’er Zhang, has captured the hearts of fans by storm.

At the end of the film, she takes over the organization of the Ten Rings, which once belonged to her father Wenwu. But a series about Wenwu is also making the rounds in the rumor mill. Especially since a Marvel insider has already announced that Wenwu actor Tony Leung is not finished with his story in the MCU.

The Hong Kong star made his Hollywood debut with “Shang-Chi.” Not keeping an international mega-star of his caliber in the MCU would be inconceivable. So we assume that it will be a Disney + series about the organization of the Ten Rings. This could work with flashbacks or even play in two-time levels.

Officially confirmed what Destin Daniel Cretton’s Disney + series (s) will be about is nothing yet. We will keep you up to date. Until then, you can find out which new superheroes will be introduced in Marvel Phases 4 and 5. And, who will be part of the new Avengers?

Share
Facebook
Twitter
Pinterest
WhatsApp
Previous articleThe Sex Lives of College Girls: Release Date? Cast? And Other Updates
Next articleA Complete Guide To Fiber Optic Internet
sonu
sonu is a content writer who had worked on various niches. And served many clients. He is a management student also interested in research and marketing. His hobby is writing, reading and sketching. He is also a good orator.
RELATED ARTICLES
Entertainment