School bus is set on fire in the municipality of Palmeiras, in the interior of Bahia 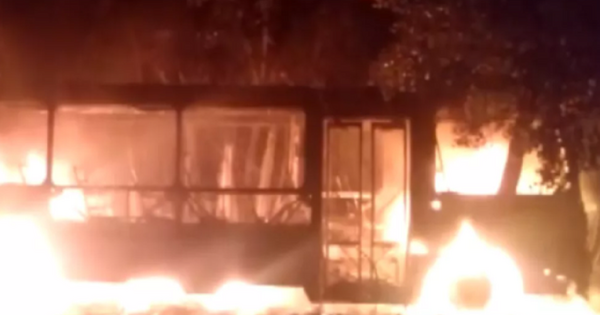 A school bus was set on fire at dawn this Wednesday (13), near Vale do Campão, in Palmeiras, a municipality located in the Chapada Diamantina region. The vehicle, which was empty when the crime took place, was used by about 100 students from state and municipal schools and also by the city’s community school. The Secretary of Education of Palmeiras regretted what happened and reported that it was already taking the necessary measures with the Military Police. “Today we are faced with this sad news of vandalism in Caeté-Açú. It is estimated that, with this attitude, there was damage to the Municipality in the order of more than R$300 thousand”, said the folder in a note.

Through security cameras at the place where the bus was, some suspects were recognized who, according to the secretariat, appear to be minors and will be heard at the Lençóis police station, accompanied by their guardians. In addition to the loss of 300,000, the city of Palmeira will pay for the purchase or lease of a new bus so that students do not miss classes. The Civil Police was also contacted, but did not respond until the closing of this report. Reproduction / social networks

See also  THOR: LOVE AND THUNDER Release Date, Cast , Plot latest Update Here
Share
Facebook
Twitter
Pinterest
WhatsApp
Previous articleCarrefour soap to clean the outside of the blinds and make them look like they were just bought
Next articleLeaked MSI B650 motherboard with an AMD Ryzen 7000 engineering chip
suddz
Sudeshna is an engineering in making but has is keen towards writing blogs, news articles, product reviews and more. You would find her making use of the pen and paper in her free time.
RELATED ARTICLES
Entertainment