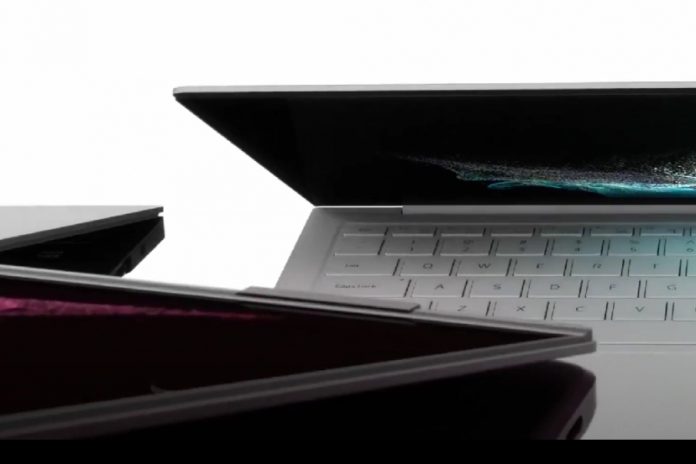 Samsung has taken advantage of MWC 2022 to present its new Galaxy Book2 Pro laptops, with two new models and one of them convertible, 13.3 and 15.6” to meet the needs of more users. After presenting the new Galaxy S22 and S22+ smartphones, in addition to the new Galaxy Tab tablets, during the well-known Unpacked event, the manufacturer is now taking the opportunity to launch the new Galaxy Book2 Pro and Book2 Pro 360. Both models integrate a processor 12th Gen Intel Core and belong to the Intel Evo program, so they manage to meet certain and demanding characteristics. We will have Core i5 and Core i7 processors for the occasion, while the graphic options will vary as the Book2 Pro comes with Intel ARC while the Book2 Pro 360 comes with Iris Xe.

The screen of these models differs in size and quality, being able to opt for 13.3 and 15.6” sizes on both models, but only the Book2 Pro 360 incorporates a Super AMOLED, since the other one stays in AMOLED to dry. As you can already guess, the Samsung Galaxy Book2 Pro 360 can be placed in different orientations and configurations, both as a tablet and as a laptop. On the other hand, the Galaxy Book2 Pro, in the 13.3” configuration, turns out to be the slimmest in its class, with only 11.2 mm thick and weighing 868 grams. Both models integrate a front camera to retransmit at 1080p, with 87º of field. The camera will be able to follow the faces and adjust the image at any time for it. The Samsung Galaxy Book2 and Book2 360 also arrive, losing some features compared to the Pro versions

Additionally, Samsung has also presented the base models, that is, the Galaxy Book2 and Book2 360. These laptops share 12 Gen Intel Core processors but also add Core i3 models to the configuration. For its part, the Book2 is the lowest of the range and the screen is not even AMOLED, the charger is 45 W, the front camera drops to 720p and we will only find a 15.6 “option.
The convertible model, the Book2 360maintains features such as the 65 W charger, Super AMOLED screen and WiFi 6E, but also loses the ability to choose the screen and there will only be a 13.3 “model, in addition to having a 720p front camera as well.

Finally, the latest model comes to occupy a more specific niche since it is a business model. The Samsung Galaxy Book2 Business arrives quite changed compared to the previous ones, incorporating processors 12 Gen Intel Core i7/i5 vPROas well as a dedicated graph NVIDIA MX570A. Its 14″ FHD screen receives an anti-glare treatment and integrates an infrared security camera. Receive the military resistance grade MIL-STD-810H and it also has a Thunderbolt 4 port. Share
Facebook
Twitter
Pinterest
WhatsApp
Previous articleAlemão evaluates Vitória’s draw with Atlético: ‘It was our best game of the year’
Next articleRiver – Racing: the Millionaire seeks the top of the League Cup and the Academy wants to surprise at the Monumental
Jai
RELATED ARTICLES
Technology