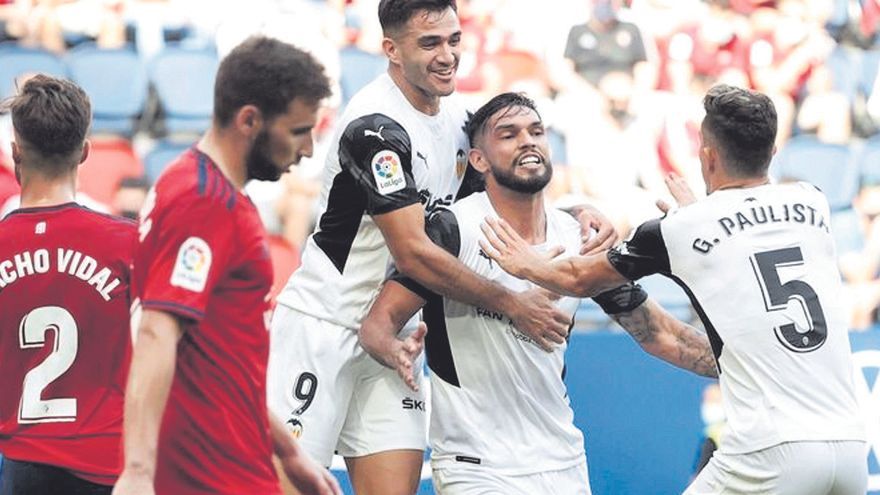 Omar Alderete is not within the plans of Gennaro Gattuso right now. The technician, who acknowledges working hand in hand with Layhoon and Miguel Ángel Corona, does not consider it necessary to incorporate a footballer for the center of defense. The reality is that the team still has many shortcomings in other positions and always, in the eyes of the coach, the feeling is that the winger and midfield are the areas in which the sports management – although there is no one with that role or at least appointment- must focus all your efforts. In that sense, during this same Thursday the name of Alderete jumped on the table. The Guaraní, who left Valencia after the Valencian team did not exercise the purchase option of 7.5 million euros, is still looking for a team and was quite close with Getafe. However, this Thursday that possibility was broken and the center-back has to return to Germany because prefers to wait for a “bigger club”, as the German medium ‘kicker’ advanced. Despite this, and the fact that the player would like to return to Valencia to play again at Mestalla, Gattuso considers that there is no need to make an effort, at the moment, for the defense. Yes, it is true that the Valencian team is working in the market and closing reports on footballers, as is the case with Abdul Mumin, but for the time being the coach is clear about what his power plants are at the moment. In the first two preseason games, Gattuso has opted for Paulista, in the left profile, and Mosquera, in the right, and Diakhaby and Cömert as a second couple. The Valencian youth squad has made a great impression on the coaching staff and his level, with some isolated errors, is very good. With room for improvement, but at 18, the international player for Spain in lower categories, he is showing that he wants to earn a place in the team and have many minutes. And at the moment he is getting it. Diakhaby, Paulista, Cömert and Mosquera

The Italian coach, in addition to having the four central defenders on the squad, think of Foulquier as one of the possibilities to play as a central defender in an emergency. For the same reason, and with the Frenchman being able to change position if the competition requires it, the coach points out that the great effort must be yes or yes for the midfielder, more in an offensive position, and for the winger, who at the moment only He has Samu Castillejo as an alternative and also Guedes, whom the coach does not want to let go this summer.

The coach is clear that this season the number of goals conceded must be reduced, but he also wants to increase the number of goals scored. In short, he is not as concerned about receiving as he is about having a good balance of goals for/against. For its part, the style is clear and defined since these first summer friendly. The ball must be taken from behind and even if the players do not show that implication in the idea they receive a good anger from the Italian coach, who has already given more than one.