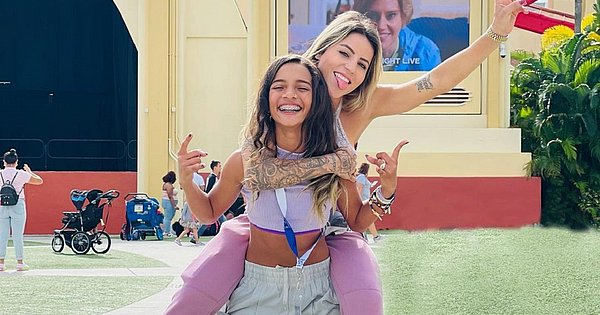 Letícia Bufoni and Rayssa Leal created such a mutual admiration and partnership on the skateparks that they became great friends. Because of the 15-year age difference, they even joke that they are like mother and daughter. The proximity is so great that Fadinha even knows about Bufoni’s ‘contatinhos’ – and ended up delivering one of them. During a joint live on social networks, Rayssa revealed that her friend lives a romance with a Formula 1 driver. The Olympic medalist, however, played hard and did not give the name of Letícia’s affair.

Bufoni lives in the United States and went to Florida, where the Formula 1 Miami GP was held this Sunday (8). THE winner was Dutchman Max Verstappen (Red Bull Racing), followed by the Monegasque Charles Leclerc and the Spaniard Carlos Sainz (both from Ferrari).

See also  Baby Sitters Club Season 2 Gets a Release Date at Netflix
Share
Facebook
Twitter
Pinterest
WhatsApp
Previous articlePrison Drama ‘Time’ Takes Big Awards at TV BAFTAs
Next articleLidl’s ‘removable’ blind that prevents street light from passing through
suddz
Sudeshna is an engineering in making but has is keen towards writing blogs, news articles, product reviews and more. You would find her making use of the pen and paper in her free time.
RELATED ARTICLES
Entertainment