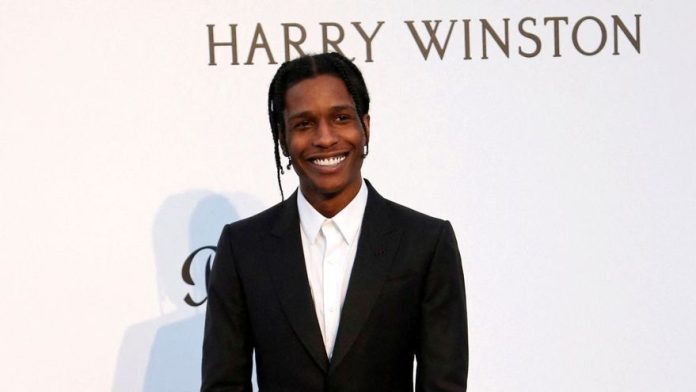 The Los Angeles Police arrested this Wednesday the rapper A$AP Rocky for being suspected of shooting another person in an altercation last November in Hollywood. The rapper, whose real name is Rakin Mayers, was arrested after landing his private plane at the Los Angeles airport, where he arrived after spending a few days in Barbados with his girlfriend, the singer Rihanna, who is pregnant with her first child. According to local media, Rihanna was present at the time of the arrest and authorities have executed a search warrant at her residence. The shooting, which allegedly occurred on November 6, had not transpired until this Thursday, when the Los Angeles Police (LAPD) announced the investigation on its Twitter profile. Apparently, an argument between A$AP Rocky and an acquaintance led to a violent fight after which the rapper shot the second, causing minor injuries who required medical help. According to the police, A$AP Rocky was accompanied by two other people who fled with him on foot through a crossroads located between the mythical avenues Sunset Boulevard and Hollywood Boulevard. “Detectives worked diligently to investigate and corroborate the information, which helped identify the suspect,” said police, who will take the case to court. In May 2019, A$AP Rocky was arrested and spent a month in prison in Sweden after a fight in which he was accused of stamping a man on the ground. The case reached the then president of the United States, Donald Trump, who publicly asked the country to drop the charges against him if he wanted to avoid “serious consequences.” For his part, A$AP Rocky and Rihanna announced a few weeks ago that they are expecting their first childand the singer was seen pregnant during these days on the streets of Barbados.

See also  Pete Davidson: Every Star He Dated Before Kim Kardashian! LISTED
Share
Facebook
Twitter
Pinterest
WhatsApp
Previous articleSpanish tennis protests against invitations to the Mutua Madrid Open
Next articleFormer tennis player who posed for Playboy is successful with adult content
sonu
sonu is a content writer who had worked on various niches. And served many clients. He is a management student also interested in research and marketing. His hobby is writing, reading and sketching. He is also a good orator.
RELATED ARTICLES
Lifestyle