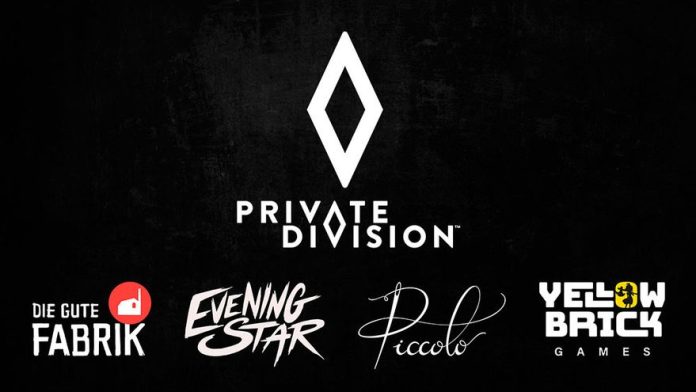 As reported from the offices of Private Divisionthe publishing imprint of Take-Two Interactive has signed four new publishing deals with independent developers: Die Gute Fabrik, Evening Star, Piccolo Studio and Yellow Brick Games. Adding to the recent acquisition of Roll7 last January, titles not yet announced for these four studios will increase the catalog of the firm, which includes the franchise ‘Kerbal Space Program’, ‘OlliOlli World’, ‘The Outer Worlds’ and more. Alexis Corominas, Jordi Ministerial and Oriol Pujado founded Piccolo Studio in 2015, when they left their advertising agency in Barcelona to pursue the dream of working in the video game sector. After signing several developers, they published their first work: ‘A Simple Story’, which received good reviews for its narrative and game style. The studio is now developing a unique IP in collaboration with Private Division. Nils Deneken founded Die Gute Fabrik in 2008, and it is now CEO and Creative Director, Hannah Nicklin, who runs the company. The Copenhagen-based company develops narrative-heavy games. She is best known for ‘Mutazione’, a mutant story in which small-town gossip takes on a supernatural twist. The intention of Die Gute Fabrik is to draw inspiration from different disciplines and stories and push the limits of video games to another dimension. The team is developing a new title with a marked narrative spirit. Christian Whitehead, Dave Padilla, Tom Fry, Hunter Bridges and Brad Flick founded Evening Star in 2018, based in Los Angeles with two other operating locations in London and Melbourne. The founders had previously worked on SEGA’s ‘Sonic Mania Plus’. Its inaugural title, still without an official announcement, is a 3D platform and action video game that uses its own engine, Star Engine. Veterans Thomas Giroux, Mike Laidlaw, Jeff Skalski, and Frédéric St-Laurent B. founded the Yellow Brick Games in 2020 in Quebec City. Having worked on several triple-A franchises such as ‘Dragon Age’, ‘Assassin’s Creed’ and ‘Tom Clancy’s Rainbow Six’, the team is aiming for innovative gameplay crafted by a small but brilliant team. The studio strongly believes that emerging systems create rich and interactive worlds. In that sense, Yellow Brick Games is developing a very ambitious new RPG.

All four titles are currently in early development stage and they do not have a planned release date, although Private Division has promised to reveal more details about each project soon.

Share
Facebook
Twitter
Pinterest
WhatsApp
Previous articleThis will be the Champions League quarter-final draw
Next articleVaccination against covid in Salvador follows ‘Liberou Geral’ strategy this Thursday (17)
sonu
sonu is a content writer who had worked on various niches. And served many clients. He is a management student also interested in research and marketing. His hobby is writing, reading and sketching. He is also a good orator.
RELATED ARTICLES
Lifestyle