Years ago I saw a Prison Architect DLC and thought: “Okay, here comes another way to reinforce the prison system”. Of course, the game to this day has serious problems in this regard, but the latest batch of DLCs has been trying to change that perception. The recently released “Perfect Storm” (R$20.69), which introduces calamities, is another step in the right direction for the game.

Such calamities involve storms, sudden weather changes, rat infestation and other problems caused by both nature and human action. The idea behind the DLC is to make the player care more about the quality of life of prisoners – something that has become a more prominent theme in Prison Architect.

To make that happen the DLC introduces a number of tools to contain infestations and new "technologies" and roles that your guards or repair crew can play. Whether installing heaters or lightning strikes.

The update that comes with the DLC, titled “The Tower” also follows the path of creating a “healthier” environment within Prison Architect. In addition to new cosmetic items, there is now the option to extend the visitation time and make your snipers use rubber bullets. Sounds little, but considering that Prison Architect had what it takes to be a complete dystopia (more than it already is), I see it as a great addition.

I've been playing “Perfect Storm” for a few days now and I'm positively surprised by the additions, and not just what I mentioned above. Prison Architect finally has a greater sense of challenge than before. Before it was to create my prison, establish a “safe” structure and see the money come in. With “Perfect Storm” I'm taking a lot more care of where and when to expand. It's practically a new game! I wish the Colossal Order could do this with Cities: Skylines.

See the launch trailer and more images of Prison Architect: Perfect Storm below. The full list of changes is available on the Steam forum. 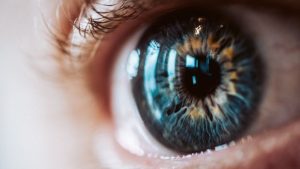