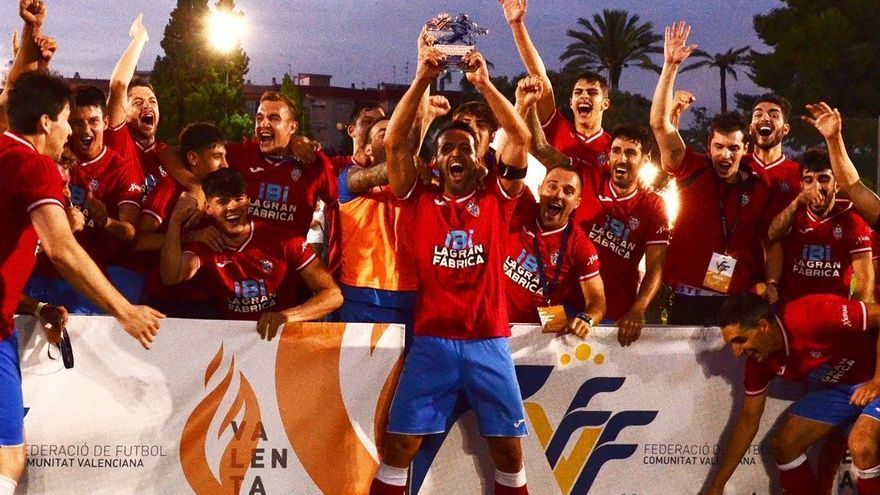 The promotion promotion to the 3rd RFEF closed this weekend with three teams celebrating their category promotion. Patacona, Gandía and Rayo Ibense will compete next season in the fifth tier of Spanish football after having overcome their qualifiers against Crevillente Deportivo, Buñol and La Nucía B respectively. All, with the emotion that they were not resolved during the 90 regulation minutes, giving excitement to all the games that were played and turning the Municipal de Quart de Poblet into a real party.

The road to promotion in the division began on Friday with the duel between Patacona and Crevillente. The pupils of the natural extension of the Malvarrosa Beach took the boat after a very demanding confrontation that was decided in the penalty shootout. Lucas saved Guille’s penalty and Reyes scored the maximum penalty of the promotion to the delight of those present.

The next day, Gandía and Buñol were unable to unbalance the equalizer on the scoreboard, but at 104 minutes into extra time, Pere Marco, from Juvenil, headed a cross from the wing to make history hand in hand with Gandia, who fulfilled his illusion of going up to 3rd RFEF. This Sunday, to conclude a weekend that was a party for regional Valencian football, andhe Rayo Ibense got on the bandwagon of Gandía and Patacona in which it was a real match. In fact, they started winning with a goal from Gálvez, but half an hour into the match, Monerris equalized for the nuciero subsidiary. A quarter of an hour earlier, Héctor Juan, from La Nucía, missed a penalty, and showed that it was not the day from the penalty spot. Rayo Ibense rose from eleven meters thanks to goalkeeper Dani, who stopped two in the shootout.