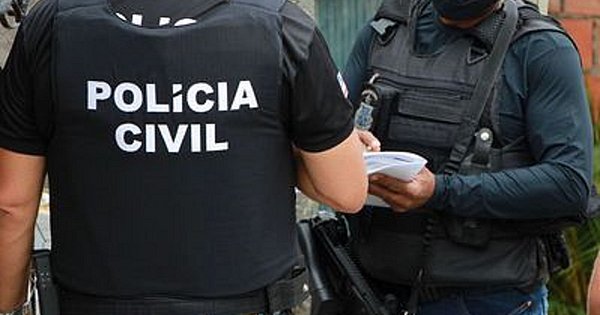 An evangelical pastor was arrested this Thursday (14), in Feira de Santana, in north-central Bahia, on suspicion of committing two rapes against church members. He had his preventive arrest warrant served in a community near the Tomba neighborhood. Deputy Roberto Leal, coordinator of the 1st Coorpin/Feira, said that the investigations indicate that one of the crimes took place in 2016 and the other, about two months ago. “The last case was reported by the victim, whose report points out that the abuse took place inside the church. These elements subsidized our actions and the arrest warrant itself,” he said. The delegate believes that there are other victims and the corporation is working to identify them. “We are looking for the identification of other people who have suffered this violence, however, it is important that those who suffered the abuse go to the police station and report it. Their identities will be withheld and the accused will have their responsibility extended for these crimes,” he explained. The pastor was arrested, testified and underwent injury examinations. It remains at the disposal of the Judiciary. Victims and witnesses can provide information through the Public Security Secretariat (SSP) Complaint Hotline, calling 181.

See also  Outer Banks season 3 Release Date, Cast, Plot, you need to know
Share
Facebook
Twitter
Pinterest
WhatsApp
Previous articleThe Ikea nightstand that customers define as "perfect" and that is 10 euros cheaper
Next articleTwitter applies a rights plan for investors in order to stop the purchase by Elon Musk
suddz
Sudeshna is an engineering in making but has is keen towards writing blogs, news articles, product reviews and more. You would find her making use of the pen and paper in her free time.
RELATED ARTICLES
Entertainment