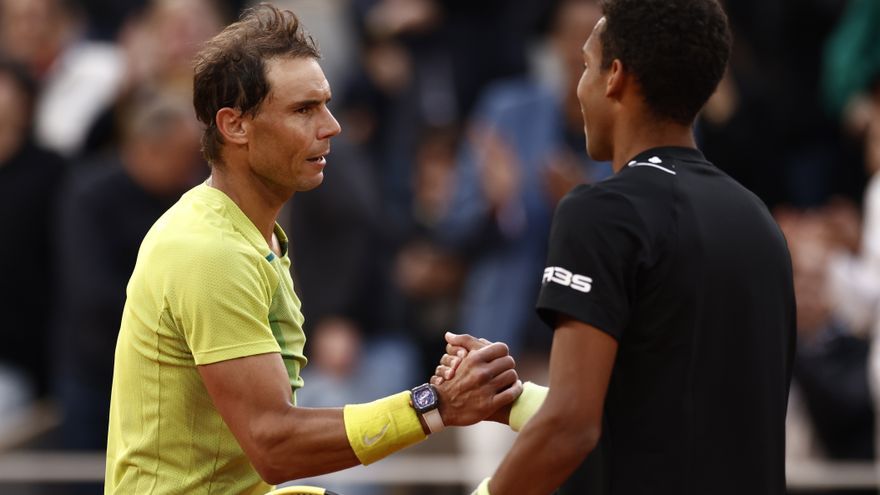 The Spanish Rafael Nadal assured that the Serbian Novak Djokovic will be the favorite in the duel of Roland Garros quarterfinals, something that has only happened on another occasion, in 2015 on that same stage. “Me I come from a situation that is not ideal, but they are special matches in a unique setting. I am excited to play that game. As in 2015, he is the clear favourite. The other times we’ve played here either I was the favorite or I was 50-50″, said the Spaniard after defeating the Canadian in the round of 16 Felix Auger-Aliassime, 3-6, 6-3, 6-2, 3-6 and 6-3. Nadal considered that the Serbian chained nine consecutive victories, after winning the last tournament in Rome, and that he has reached the quarterfinals without losing a set, which gives him a lot of confidence.

Djokovic: “As long as Nadal keeps playing, I will too”

“But I accept the situation and I will fight. After the tournament in Rome he didn’t even know if he could be here. Now I am happy to be here, although each game here could be the last for me”, he indicated. In that sense, he pointed out that he would like the duel against Djokovic not to be in the night shift, because if it was the last one, he wants to say goodbye to his favorite tournament in a day duel. “I know this tournament by day, that’s how I’ve played it all my career. At this point, I know that every time I come it could be the last… Tuesday’s could be my last game at Roland Garros, who knows? I would like to play it during the day”, he explained. Nadal assured that he will work to be at his best against Djokovic, he said he did not know if his current level is sufficient, but he affirmed that will be inspired by the final stretch of his duel against Auger-Aliassime, when you think you had the right level of aggressiveness to move forward. “It’s a good sample button. I have to try to have a similar aggressiveness, not like the one I had in other moments of the game. I have to play without ups and downs”, he said. He confessed that with the little continuity he has had, he would have liked to have had another less important rival than the number 1 in the world in the quarterfinals. The Spaniard acknowledged that during many phases of his match round of 16 he did not play well, but he was satisfied with the victory and with having endured a five-set duel well. he said he was physically well and considered that he did not feel any particular fatigue for the marathon of more than four hours and 20 minutes to which the Canadian subjected him.