No joke: Khedira reveals threat from Germany coach in 7×1 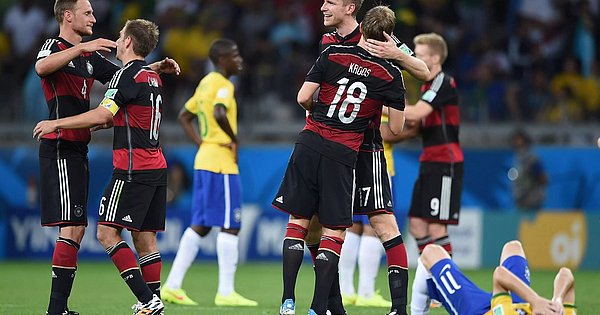 Former player Sami Khedira revealed this Thursday (3) some of the backstage of Brazil’s fateful 7-1 defeat to Germany in the 2014 World Cup semifinal. According to the player, at halftime, coach Joachim Löw threatened to replace players who reduced the intensity or made jokes about the score, which was 5×0 at the end of the initial stage.

“Löw was the most important part of that day. At half-time he said that if anyone tried to lower the performance level or made jokes about us winning 5-0, he would substitute immediately and not play in the Cup final,” Khedira told ESPN.

The former player was one of the players who were marked in the memory of Brazilians in the team’s biggest defeat in World Cups. A midfielder of origin and known for scoring few goals in his career, Khedira stepped into the area to score Germany’s fifth goal in the match, in the 29th minute of the first half, the fourth ball into the net in just six minutes. “Löw told us to take seriously and respect the Brazilian team – more than that, respect the fans and the country. We had an incredible time here and it’s not over. We have to respect them, they are Brazil, we are Germany, we are equal And maybe in a few years we will play against them again and they will be the ones that are five to nil. So we have to be humble and respectful and end it in a good way”, concluded the German. Khedira hung up her boots in June 2021, aged 34, with the Hertha Berlin shirt. Previously, he was successful with the shirts of Real Madrid and Juventus, clubs for which he played five seasons each. Alongside Neuer, Müller and Özil, the former midfielder is considered one of the symbols of the generation that would lead Germany to win the fourth world championship at Maracanã, beating Messi’s Argentina 1-0.

See also  Power Book II - Ghost: Season 3 Filming Has Begun! Details Inside
Share
Facebook
Twitter
Pinterest
WhatsApp
Previous articleMolnupiravir, the first pill against Covid
Next articleHow to Mute a Tab in Chrome and Other Browsers
suddz
Sudeshna is an engineering in making but has is keen towards writing blogs, news articles, product reviews and more. You would find her making use of the pen and paper in her free time.
RELATED ARTICLES
Entertainment