New LEGO Star Wars: The Skywalker Saga Video Shows the Dark Side of the Force 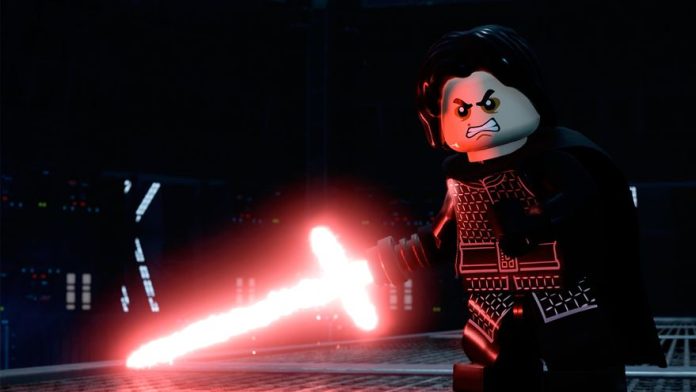 Warner Bros. Games and TT Games have unveiled “The Darkness Rises”, a new trailer focusing on the villains of ‘LEGO Star Wars: The Skywalker Saga‘, which will be published on April 5, 2022 for Xbox Series X|S, Xbox One, PlayStation 5, PlayStation 4, Nintendo Switch and PC. The new video clip takes a look at the dark side of the Force, introducing the greatest villains of the nine films in the saga, such as Emperor Palpatine, a dark shadow that looms throughout the saga that will tempt players to join the dark side.

A squad of villains from another galaxy

General Grievous could not miss the appointment, a lanky droid with four arms that stands out for his imposing presence and ability to handle four lightsabers at the same time. Darth Maul another formidable and powerful warrior in the Force. Kylo Ren, a faithful admirer of the villains that have come before him, wields an intimidating cross lightsaber with a thirst for revenge. We also have Boba Fett, the legendary bounty hunter. And, how could it be otherwise, Darth Vader with his iconic appearance, brutal movements and his ambition to dominate the galaxy. These are just a few of the many villains players will encounter during their adventure.

In addition, the pre-order incentives for the game in digital format have been announced, which, among other elements, allows access to the soldier character pack from launch day. The content will be available one month after the premiere to those who purchase the Character Collection (a season pass that includes all seven character packs) or on demand. Digital purchasers can also unlock the classic Obi-Wan Kenobi playable character, which will not be purchasable a la carte. On the other hand, the physical version of the Deluxe Edition will include an exclusive “Luke Skywalker with blue milk” minifigure.

What’s new in the game mechanics

The title promises more than 300 playable characters from the series, including Leia, Yoda, Boba Fett, Darth Maul and Poe Dameron, among other iconic figures from the film series, and a significantly higher level of exploration than other games in the franchise. For ‘The Skywalker Saga’, the guys from TT Games have also prepared battles that will be lived like never before in a game of the franchise, chaining different attacks to form combos and avoid enemy blows.

Share
Facebook
Twitter
Pinterest
WhatsApp
Previous articleAn argument with her partner, a note and an absence: the mysterious disappearance of Juana Canal in Madrid
Next articleMP-BA carries out search and seizure to investigate suspected crimes in the Madre de Deus Chamber
sonu
sonu is a content writer who had worked on various niches. And served many clients. He is a management student also interested in research and marketing. His hobby is writing, reading and sketching. He is also a good orator.
RELATED ARTICLES
Lifestyle