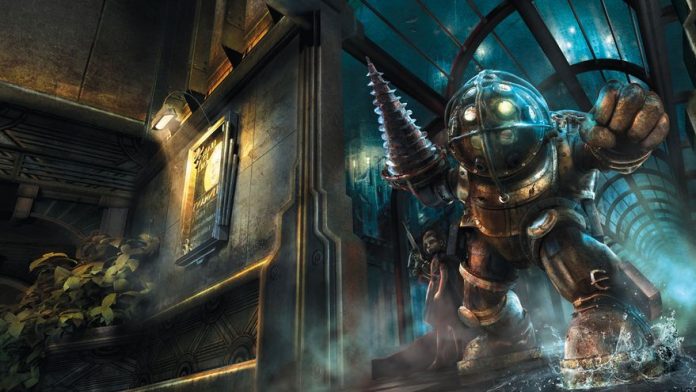 Netflix has confirmed its intention to produce a live-action film adaptation from the video game franchise’bio shock‘. The film stems from a partnership by the streaming giant with Vertigo Entertainment, 2K and Take-Two Interactive, developers and publishers of the game. Both titles are set in dystopian societies that mix horror and science fiction genres with action and RPG (Role Playing Game) elements.

Take-Two released the first title ‘bio shock‘ in 2007, ‘bio shock 2‘ in 2010 and the third, under the definition ‘infinite‘, in 2013, all for PS3 and Xbox 360. Also, the remastered trilogy ‘BioShock: The Collection‘ arrived in 2016 for PS4 and Xbox. In total figures, the series has sold over 39 million copies worldwide and in addition to the published content there are strong expectations of a new game in the franchise that has not yet been officially presented. At the beginning of the year, Ken Levine, the creator of the saga, revealed that he had not been counted on for this new episode of the series, currently in production by the developer Cloud Chamber.

Replicate the underwater metropolis of Rapture

Within the game universe, the action is framed in Rapture, an underwater city that was originally built as a paradise for so-called freethinkers. However, it is not long before the social system collapses. The first title and its two sequels have sold millions of copies since their release, expanding on the dystopian setting by blending action, sci-fi, and horror. Also, it is not difficult to locate them in the lists of the best games of all time.

BioShock on the big screen

This is not the first, or even the second attempt to adapt ‘BioShock’ to the big screen. Originally, Gore Verbinski, known for the “Pirates of the Caribbean” movies, was tapped to direct a similar production in 2008 with “The Last Samurai” screenwriter John Logan as the lead writer appointed to bring the video game to theaters. However, the project ended up falling into limbo for budgetary reasons. In 2013, another production that involved Gore Verbinski himself and the Spanish director of ’28 Weeks Later’, Juan Carlos Fresnadillo, did not go ahead either. The project was not carried out due to budget and age rating issues.

waiting for the result

“Netflix is ​​among the best and most innovative storytellers in all of entertainment today. We are thrilled that they share our vision and commitment to the BioShock franchise, which is loved by millions of fans around the world,” said Take-Two Interactive Chairman and CEO Strauss Zelnick. Actually, video game adaptations are usually not very good. Surprisingly, Netflix is ​​the factory responsible for two of the best productions inspired by this entertainment sector: ‘Castlevania’ and ‘Arcane’, both simply delicious animated series. Pending a release plan, it only remains to be seen if the streaming giant will repeat the feat with a live-action movie. All our prayers are that ‘BioShock’ is the first in a long line of future great adaptations.

Share
Facebook
Twitter
Pinterest
WhatsApp
Previous articleToday’s matches: the soccer agenda to watch in Argentina on TV on February 17
Next articleMaria receives support from the author of Amor de Mãe and should join the cast of Justice 2
sonu
sonu is a content writer who had worked on various niches. And served many clients. He is a management student also interested in research and marketing. His hobby is writing, reading and sketching. He is also a good orator.
RELATED ARTICLES
Lifestyle