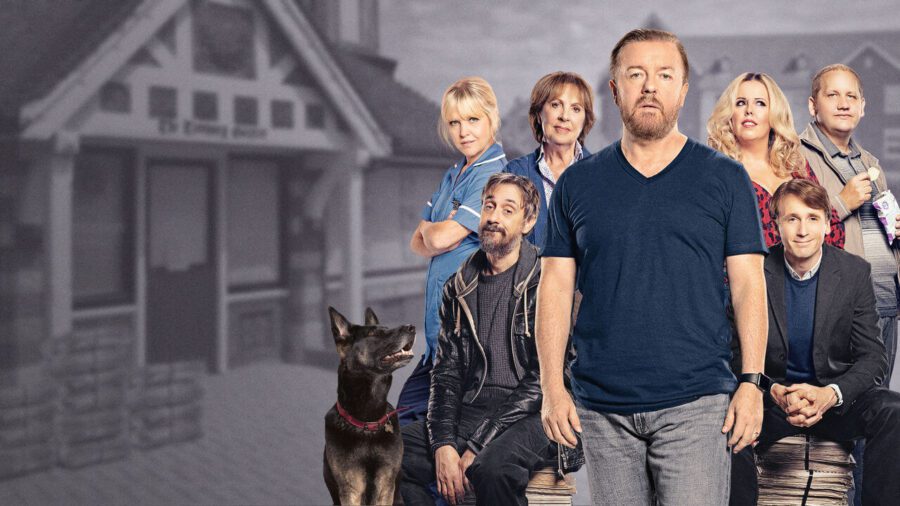 Ricky Gervais is the writer, producer, and director of After Life. he is one of the cast members of After Life. It is a British Black-comedy TV series. It aired in 2019 March only on Netflix. Ans second season was aired last year in April. And then in May, season 3 was announced.

The plot of the drama is heart-touching and it revolves around Tony the main character. His life turners upside down after his wife died from breast cancer. He even attempted to kill himself but he decided to live long so that he could punish the world for his wife’s death. He was rebuked by everyone around him but he knew that this is his power. Everyone around him tries to make him a better person and very well understand his emotions. The series is about a town that is a fictional town of Tambury, where Tony works as a journalist at the Tambury Gazette (a local free newspaper). The total number of episodes that are on Netflix now is 12 and each runs for 30 minutes.

Now fans are eagerly waiting for season 3 and the good news is it is coming back definitely. Many pictures were revealed of the cast members working hard for the third season. After seeing the response from the audience in April 2021 Netflix confirmed the new batch of episodes. And they posted pictures with clapperboard outdoors on a remarkably sunny day.

The official release date is not yet disclosed. But we can expect After Life season 3 in early or mid-2022. There is no trailer as Netflix has the habit of saving their trailer for the peak time. If we look at the trends Netflix drops the trailer two weeks before the launch of the new season. So don’t expect any trailer before 2022.

Let’s look at the list of cast members you will encounter in After Life Season 3. The list includes the following characters.

Ricky Gervais will play the role of Tony. The main character. Penelope Wilton will be seen as Anne. Tom Basden will act as Matt. Ashley Jensen will be seen as Emma. Ethan Lawrence will play as James. Jo Hartley as June and you will encounter many more characters.
We will try to update our site soon with the latest information. Till then you can watch previous seasons only on Netflix.