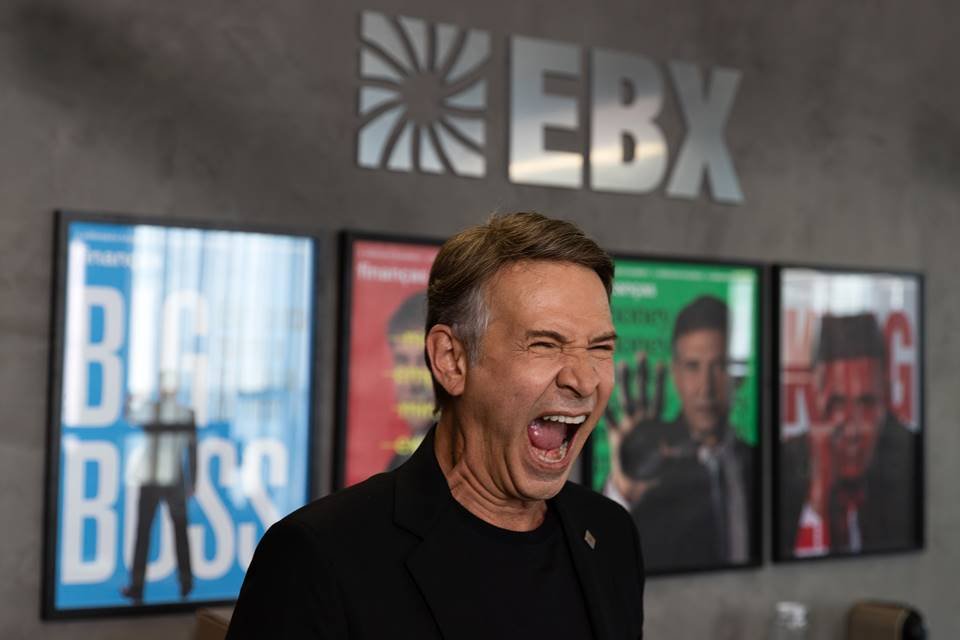 The team behind the film Eike – Tudo ou Nada considered Nelson Freitas to be cast in the lead role as “unlikely”. The more than 15 years of career dedicated to comedy, however, were not an obstacle for the actor to play the former billionaire Eike Batista. From the hair implant to the braggart style, the businessman appears in rich detail in the biopic about his heyday and his downfall, from the Forbes list to prison. Feature film producer, Tiago Rezende admitted, during Eike’s press conference held last Monday (12/9), astonishment when the casting producer proposed the casting of the former member of Zorra Total.Nelson Freitas will play Eike Batista in a film about the life of former billionaire Nelson Freitas as Eike Batista Disclosure / Desirée do Valle 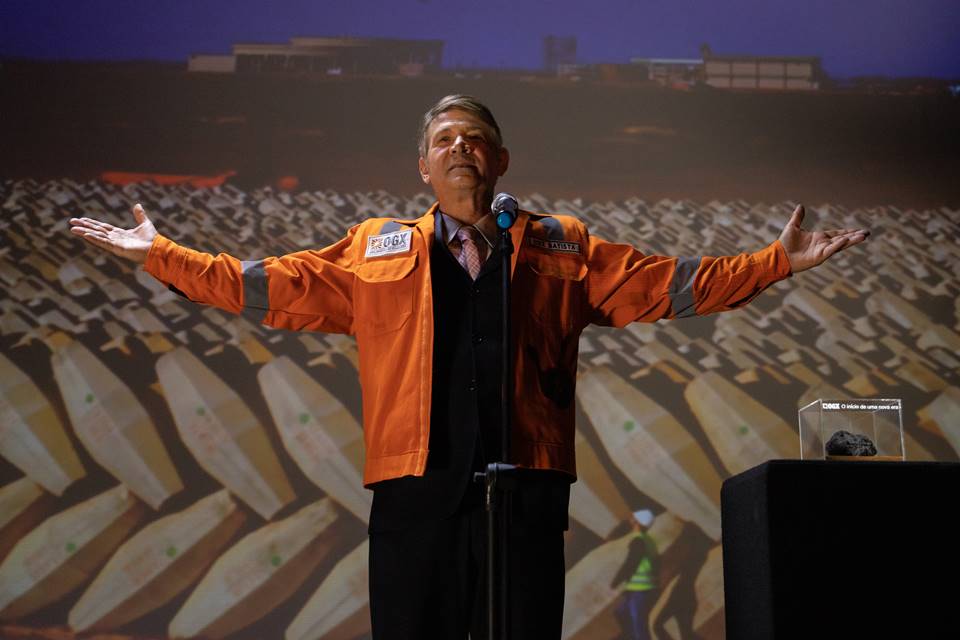 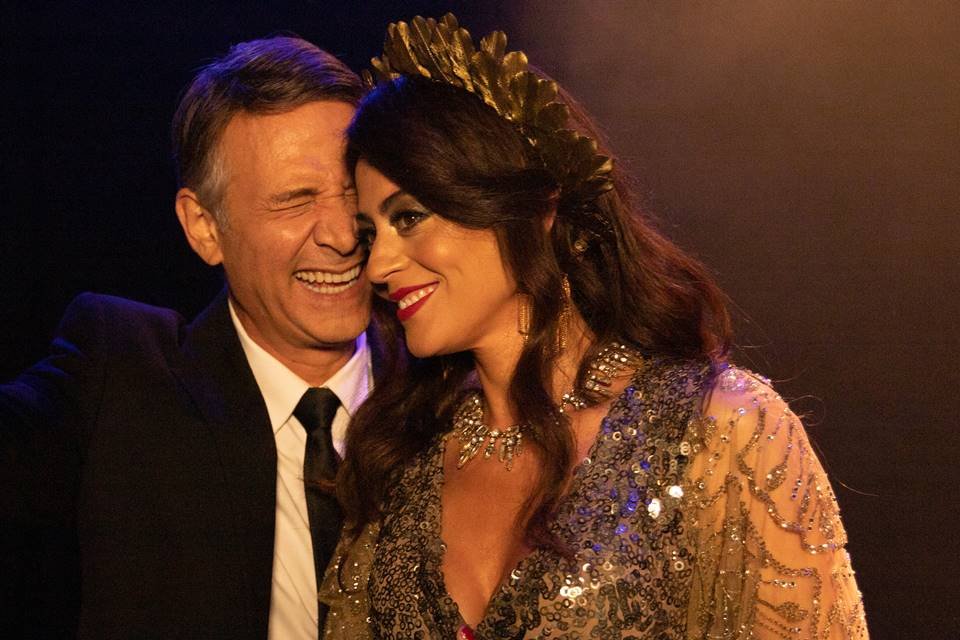 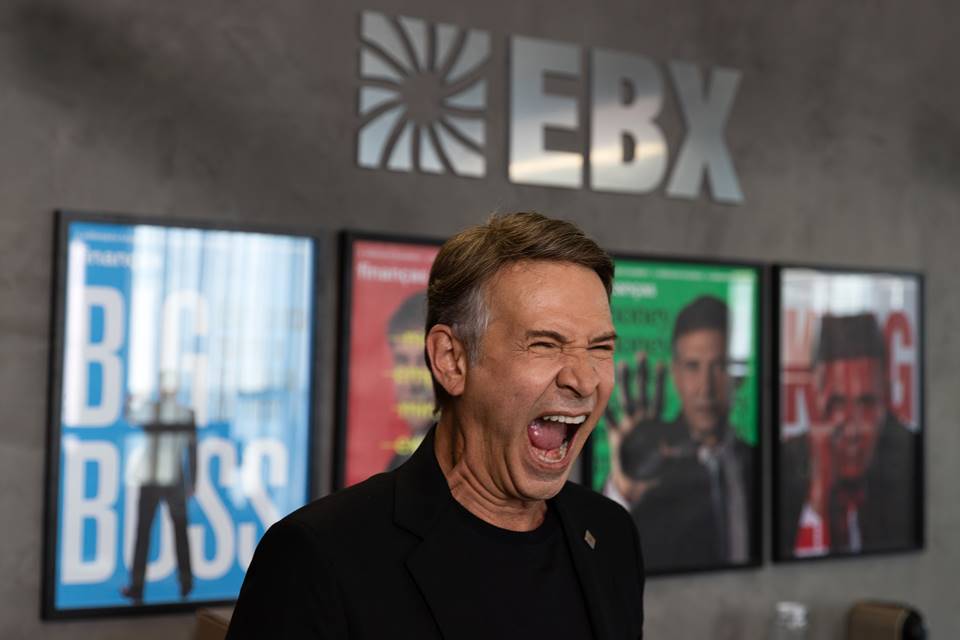 Nelson Freitas will play Eike Batista in a film about the life of former billionaireNelson Freitas as Eike Batista Disclosure / Desirée do Valle0“When we invited Nelson… it was Ciça Castello, casting producer, who suggested his name… at first…”, started Tiago, being interrupted by the protagonist: “It was absurd, nobody liked the idea”, drawing laughter from those present. The professional added: “It was an unlikely idea, right? Nelson is known for comedy and we’re going to play a drama role. But while it sounded crazy, it seemed so obvious. We bought that idea right away and we couldn’t have been happier with the choice.” As soon as he received the invitation to play Eike Batista, Nelson Freitas felt challenged and promptly accepted the role. For this, he had to end negotiations to return to Globo, which released him in 2020, in the soap opera Quanto Mais Vida, Melhor!. “I was leaving a soap opera. I stopped making the soap opera to make the movie”, pointed out the actor. “Nelson said: ‘I can’t refuse this invitation, because you’re provoking me to enter a place that’s not obvious to me either,’” added Tiago Rezende.See the trailer:Nelson Freitas underwent diet and surgery during the production of Eike. Nelson’s next step was to physically transform into Eike. The characterization work and the actor’s preparation were approved by the author of the book that originated the film, Malu Gaspar. “It’s Eike walking towards me! ‘Downloaded’ Eike no Nelson!”, recalled the journalist as soon as she saw him on the scene. To live the former billionaire, Freitas watched Eike’s interviews and paid attention to details such as posture and way of speaking. In addition, he went through a fast and strict diet that made him lose 10 kilos in just over a month. “During the pandemic, he brought in exercise equipment and he was strong. The doctor looked at me and said: ‘You are too strong to do Eike!’. And I was really, I had picked up a muscle. The goal: 10 kilos. How much time? A month and a half. My God! Take away carbs, take away sugar, take away the joy, take away life! Help! It was a very difficult moment”, confessed the actor. Nelson’s struggle was just beginning. With three days to go, he became ill during filming and was diagnosed with appendicitis and required emergency surgery. He tried to negotiate with the medical team the procedure for after work, but the request was denied. Five hours later I checked in at Clínica São Vicente [no Rio de Janeiro]. They told me that I had very inflamed appendicitis. I looked at Tiago and said: ‘Doctor, can you give me a little medicine to hold the wave and we’ll be back in three days? We only have three days to finish the film!’ She said: ‘You don’t understand. The operating room is already being prepared’”, Freitas recalled. Eike’s team had to film scenes without the protagonist and hire another team to finish the parts with Nelson Freitas, 15 days later. by original workAuthor of the book Tudo ou Nada (2014), which originated the film, Malu Gaspar knows that the ex-billionaire’s presence in cinema is practically impossible, although Eike has read the journalist’s work (and disagreed with almost the entire publication) .“We would love for him to go, but I don’t think he will”, said Malu. “It’s super welcome, but it’s his choice”, added producer Tiago Rezende. “We are very curious to know what he will think”, amended the journalist. The two also bet on which movie session the former billionaire would choose to watch his biopic. “I think he will, but he’s hiding. How did you say, Tiago? Sunday afternoon, on a rainy day, or a Monday night”, joked Malu Gaspar. The feature premieres on September 22 and is directed and scripted by Andradina Azevedo and Dida Andrade.

Eike – All or Nothing covers a brief but intense period in the life of former billionaire Eike Batista. The story begins in 2006, when Brazil was going through an economic expansion with the pre-salt layer and the businessman decided to create the oil company OGX. And it continues until his arrest in 2017, the target of Operation Efficiency, a spin-off of Operation Lava Jato, in Rio de Janeiro. Eike was accused of being part of a corruption scheme by former governor Sergio Cabral, imprisoned since 2016.

Seventh richest man in the world in 2012, Eike went from heyday to decline in just a few years. With an estimated fortune of US$30 billion, at the time he was the biggest Brazilian billionaire in the world and he was at his peak with the EBX group companies (OGX, MMX and OSX). In 2014, he was no longer on the Forbes list. The feature also features Thelmo Fernandes, Marcelo Valle, Bukassa Kabengele, Juliana Alves and Xando Graça playing OGX employees, in addition to Jonas Bloch and André Mattos, who plays the former -governor. In the adaptation, former Petrobras employees who left the state-owned company to found OGX are given fictitious names: Laerte, Kopas, Nelson, Zita and Odorico, Dr. Oil. In a special participation, Carol Castro plays Luma de Oliveira, Eike’s ex-wife.Want to stay on top of the world of the famous and receive the news directly on your Telegram? Enter the Metrópoles channel and follow the editorship on Instagram.

See also  Tales Of Demons And Gods Chapter 354 Latest Update, When & What to expect on screen? 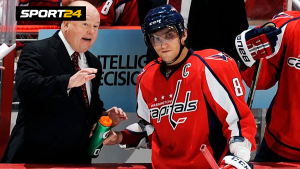 Previous post Ovechkin swore dirty at the coach right during the match. A month later he became unemployed Next post A monitor not for ordinary gamers. Acer Nitro XV252QF – review
Admin