Recognized with the Latin Grammy award for the best alternative music album and one of the most outstanding Argentine artists in the current music scene, Nathy Peluso shines with her songs in the world, while her irreverent attitude and her stripping away of stereotypes also made her a great reference for young people. Now, some statements by the singer -which she made in November 2021- annoyed hundreds of users in social networks. The artist, who was born in Luján, She had said that she feels Spanish and that angered her fans: “I feel Spanish. I realize that it’s like this when I’m away and I want to come back”, he said in an interview with Vogue magazine, published at the end of last year. “When I come back and what I most want is to eat a tortilla skewer. I have an Argentine accent, but the rest, the social codes, the humor, the culture in general, the television programs, the public figures, the references… Everything is Spanish”, Peluso had told, who settled in Barcelona and directs his career as an artist from there. Although several months have passed since that publication, this weekend criticism rained down on him on social networks, which were filled with ironic comments and memes. In fact, in response to these sayings, many users recognized actress Anya Taylor Joy as the “true national representative.” One of the messages read: “Nathy Peluso he did the worst thing he could have done, offend an entire country. Obviously, I don’t blame her, she lived most of her life in Spain, but after saying ‘Argenta como la negra sosa’ and having a song called Buenos Aires and another Argentina”. Another questioned: “How are you going to generate a sense of belonging with a country that came to plunder your land and colonized your country?”One of the memes that went viral, after Nathy Peluso said that she feels Spanish. The artist did not miss today the commotion generated by her statements, and, with the humor that characterizes her, she wrote: “Reading how they criticize me while I eat a pastafrola that my old lady made me. LOL. The world is a painting. Along with her message, she posted a photo of the famous cake on Twitter. The interview relates that the young woman is a native of the city of Luján, but that she grew up in the Saavedra neighborhood, in Buenos Aires, until she was nine years old. he went to live in Spain when his parents decided to emigrate. “They left to look for a better future. It was very difficult to progress there, in addition to the fact that at that time there was a lot of insecurity. I always decide to keep the good, but that time was very disconcerting. It is difficult to fit in, to understand where you are. I attended prefabricated schools, I related to many immigrants, Latinos, Ukrainians … ”, he had said in the interview that generated controversy.Nathy Peluso She is one of the most famous Spanish-speaking artists with the greatest impact today. in your account Instagram credits 4.7 million followers, while in Youtubethe accumulated visits in all his videos are above 315 million.“I have never sought to be famous, nor a popular singer. Popularity is something I never imagined. It wasn’t my dream either. My dream was to be connected to the world, and I knew that this was only going to happen hand in hand with art”, she expressed in the same note.

See also  Fernando Gago vs. Cacique Medina, the tense cross between the coaches during Racing's victory over Vélez 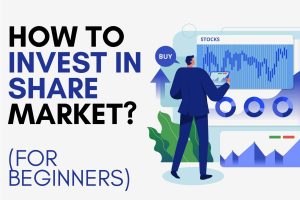