Nasa to Crash Spacecraft into Asteroid to Test of Planetary Defenses 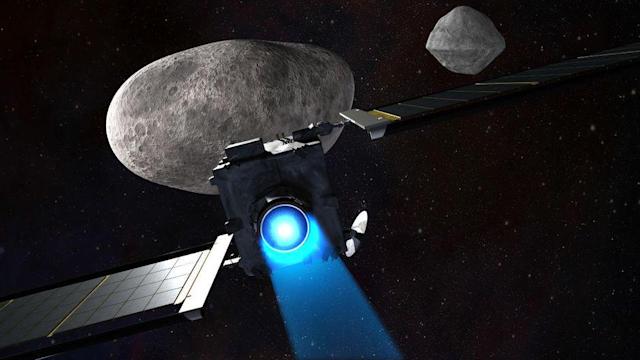 The National Aeronautics and Space Administration (NASA) is considering crashing a spacecraft into the moon of an asteroid to see what happens to its orbit.

NASA’s DART mission, or Double Asteroid Redirection Test, is set to launch in November. A SpaceX Falcon 9 rocket will be used to do this.

This will be the first full-scale demonstration of this technology for planetary defense by the agency. The mission aims to reach Dimorphos, a tiny moon circling the asteroid Didymos.

Didymos is a Near-Earth Object (NEO). These are celestial bodies that circle Earth at a distance of 30 million miles.

Asteroids and comets that orbit within 30 million miles of Earth are known as near-Earth objects.

NASA and other space agencies across the world are focusing their efforts on detecting the threat of near-Earth objects, or NEOs, that may cause serious harm.

NASA will deliberately crash its spacecraft into the moon of an asteroid, Dimorphos, to investigate what happens to its velocity in space.

The moon’s motion is predicted to vary by one percent. Though it may not appear to be much, it would cut the revolution time in half, saving approximately seven minutes.

The mission was also the first step in testing technology for dangerous asteroid deflection, says a DART program official at NASA headquarters, according to CNN.

Didymos b was the name of the moon back then. The moon’s name should be Dimorphos, according to Kleomenis Tsiganis, a planetary scientist at Thessaloniki’s Aristotle University and a member of the DART team. 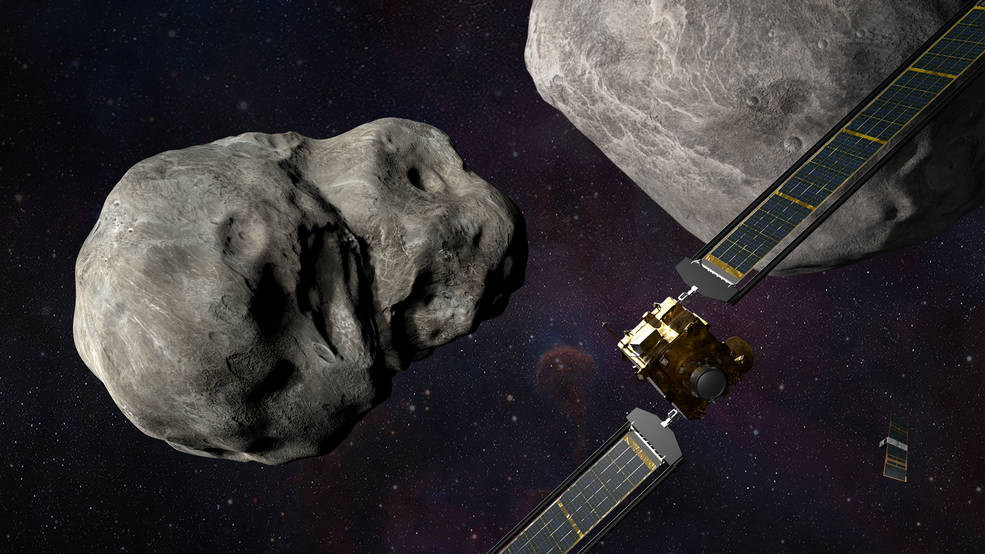 Didymos and Dimorphos will approach quite close to Earth in September 2022, coming within 6,835,083 miles (11 million kilometers) of our planet. It is the ideal moment for the DART mission to take place.

According to NASA, DART will purposefully collide with Dimorphos to alter the asteroid’s path in space. LICIACube, a companion CubeSat or cube satellite supplied by the Italian Space Agency, will record the impact.

The CubeSat will ride aboard DART and then be launched from it just before impact to record the event.

The European Space Agency’s Hera mission will perform a follow-up analysis of Didymos and Dimorphos a few years after the collision.

While the DART mission was developed for NASA’s Planetary Defense Coordination Office and managed by the Johns Hopkins University Applied Physics Laboratory, the mission’s team will collaborate with the Hera mission team as part of the Asteroid Impact & Deflection Assessment, or AIDA, an international collaboration.

This is some really interesting news for astronomy enthusiasts. In the comments area below, tell us what you think about the collision.

Share
Facebook
Twitter
Pinterest
WhatsApp
Previous articleNdakasi, Gorilla Who Became Selfie Star Dies at 14
Next articleLove Island Star Jack Fincham Reveals He Attempted Suicide
jai prakash yadav
Who's with whom? Which celebrity just broke up? Which singer just got into a scandal? I am the one who takes care of all your Hollywood Celebrity Gossips at (cuopm.com). With a prior experience of more than four years in writing, I am an industry insider with gossips that you will die for.
RELATED ARTICLES
News