Moro says he is available for the 3rd way, but that it depends on the Union 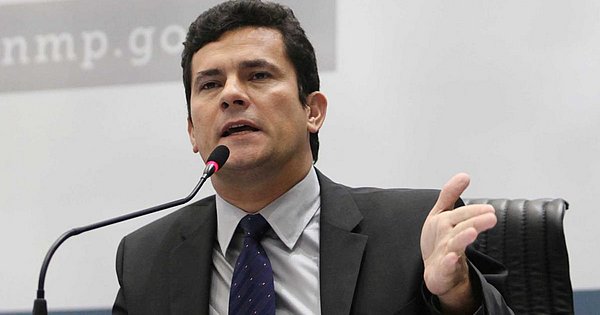 Former minister and former judge Sérgio Moro (União Brasil) said this Saturday, 9, that his name remains available for the so-called “third way” presidential candidacy. He extolled that the polls of voting intentions pointed him in third place before his departure from Podemos and stated that, therefore, he has an “important participation” in the center’s scenario. “It is extremely important that the candidate from the center be competitive”, he said, participating in a panel at the Brazil Conference Since he migrated to União Brasil, at the end of March, Moro’s pre-candidacy for the presidency is in “wait mode”. Officially, the former judge is no longer part of the presidential candidate list, but he denies being completely out of the running. This Saturday, he reinforced that, for his part, the party’s president, deputy Luciano Bivar, has the power to decide. His party articulates with the PSDB, of João Doria, and the MDB, of Simone Tebet, a consensus around a single name to represent the center in the presidential race. “I think that, in the formation of this democratic center, I have an important participation. Now, this will obviously depend on the discussion of the parties among them and on the internal discussions of the party. In my case, in particular, who is discussing this issue is the president of União Brasil, Luciano Bivar,” he said. During his participation in the event, Moro once again praised his work during Operation Lava Jato, which sentenced former president Luiz Inácio Lula da Silva (PT), among other politicians, to prison. At one point, he was confronted by lawyer Augusto de Arruda Botelho, linked to the Prerogatives Group and critical of the task force, about his leaked messages with former prosecutor Deltan Dallagnol. The ex-judge argued that the messages are not enough to infer that there were innocent people incriminated in the operation and that they do not reveal collusion between the judge, prosecutors and lawyers, since, according to him, it is common, in Brazilian legal tradition, for holders of these positions talk. “There is no case of an innocent person who was wrongly convicted in Lava Jato based on fraudulent evidence or evidence that was concealed, no one,” said the former judge.

See also  Festival promotes cultural exchange between Bahia and Portugal
Share
Facebook
Twitter
Pinterest
WhatsApp
Previous articleLeroy Merlin’s barbecue that sweeps sales for its size and price
Next articleThe Government responded to Macri for his letter on the energy crisis: “Is he forgetful or is he doing it?”
suddz
Sudeshna is an engineering in making but has is keen towards writing blogs, news articles, product reviews and more. You would find her making use of the pen and paper in her free time.
RELATED ARTICLES
Entertainment